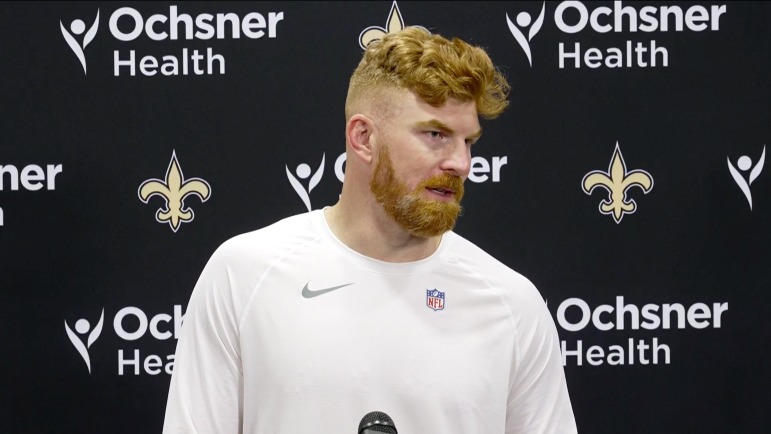 While Jameis Winston opened the season as the New Orleans Saints starting quarterback, injuries caused former Cincinnati Bengals starter Andy Dalton into the top job in New Orleans, and he’s held onto it. Dalton has a lot of familiarity going up against the Steelers from his time in Cincinnati, but not necessarily this iteration of the Pittsburgh defense. During his press conference earlier today, Dalton praised outside linebacker T.J. Watt and Pittsburgh’s back end.

“I think that he’s not only the best player on their defense but one of the best players in the league. For us, we just have to understand where he is and we can’t let him disrupt the game,” Dalton said about Watt via Saints.com.

That all sounds good, but it’s hard to slow down a fully healthy T.J. Watt and not let him put an impact on the game. While the Saints have a very good starting right tackle in Ryan Ramcyzk, Watt’s former teammate at Wisconsin. If Watt is fully healthy though, he’s so hard to block 1v1, meaning the Saints will have to add help to block Watt which could allow for 1v1 matchups against guys like outside linebacker Alex Highsmith and defensive lineman Cameron Heyward which would allow them to positively impact the game as a result of Watt’s return.

Dalton talked about what he has to do as a quarterback to try and limit Watt.

“I think as a quarterback you want to play on time and so I think that’s what you try to do. For most times you’re in the dropback game in different things, but especially when you got an edge rusher like him on that side,” Dalton said.

Watt’s ability to rush the quarterback and bend the edge also allows him to tip and deflect balls at the line of scrimmage, so even if a quarterback can get a throw off cleanly, he’s still able to find a way to affect the pass and help the Steelers out. Tipped passes can help lead to interceptions, and the Steelers have one of the best in the game at forcing turnovers in Minkah Fitzpatrick at safety. Dalton talked about Fitzpatrick and fellow safety Terrell Edmunds.

“Those are some good players, guys that have been in the system for a long time. [Terrell] Edmunds being a first rounder, Minkah [Fitzpatrick], they traded for him several years ago, and he’s found ways to get his hands on the ball in so many different ways. They definitely have a good back end.”

Fitzpatrick leads the team with three interceptions this year, and he has a pick-six that came in Week 1 against Cincinnati and an almost-pick-six against the New York Jets in Week 4 that set up Kenny Pickett’s first career touchdown. He’s a playmaker and a ballhawk, and with the Saints down a top receiver in Michael Thomas and with a quarterback like Dalton under center, it could be a game where Fitzpatrick is able to make an impact.

While not nearly at the same level when it comes to creating turnovers as Fitzpatrick, Edmunds has been a steadying, veteran presence for the Steelers this season, especially for a secondary that’s been young and inexperienced at times due to injuries. He’s a guy who knows his role and what he’s supposed to do on each and every play and someone who you more or less know what you’re gonna get. He’s definitely looked good for the Steelers this year, and he’s a guy I could definitely see making some plays for the Steelers on Sunday. Pittsburgh is also adding Damontae Kazee to the safety group Sunday, and with Watt also possibly returning, Pittsburgh’s defense could make it a long game for Dalton and the Saints.