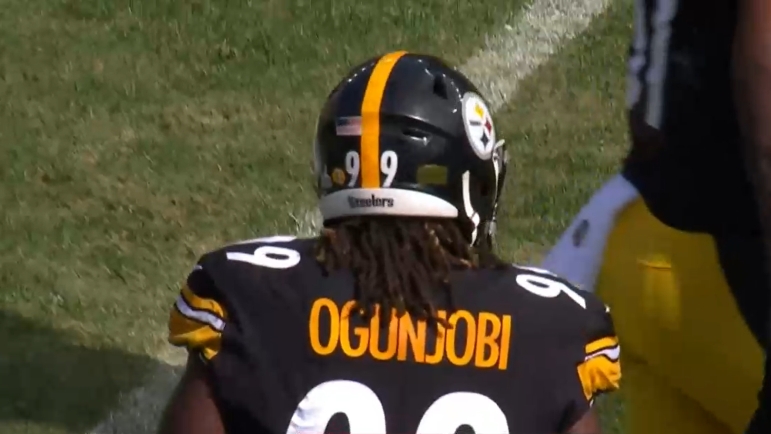 Now that training camp is over with the Pittsburgh Steelers back in Pittsburgh and gearing up for what they hope will be a much more productive season, it’s time to take stock of where the team stands. Specifically, where Steelers players stand individually based on what we have seen and are seeing over the course of training camp and the preseason, and the regular season as it plays out. A stock evaluation can take a couple of different approaches and I’ll try to make clear my reasoning for each one. In some cases, it will be based on more long-term trends. In other instances, it will be a direct response to something that just happened. Because of this, we can and will see a player more than once over the course of the season as we move forward.

Reasoning: The veteran defensive lineman has not had the best of health thus far in his first season with the Steelers, a pattern that continues. He did not practice due to a knee injury Wednesday after missing the team’s last game before the bye, making it unclear if he will be ready to make it back to the field for week 10.

The Steelers considered themselves fortunate to have the opportunity to sign a player of Larry Ogunjobi’s caliber when they did, still available in June because of a failed contract agreed to back in March due to a failed physical. Ogunjobi suffered an injury from which he was still healing at the time, and the Chicago Bears decided upon medical inspection that they weren’t comfortable throwing the amount of money they offered at him, particularly the guarantees, based upon that.

Months later, with time and a short-term contract—and desperation—on their side, they landed him on a one-year, $8 million deal, a ‘prove-it’ arrangement for both parties. While his previous issue has not been an issue, however, he has dealt with back and now knee issues that have affected his availability.

The Steelers’ last outing is the only game he has actually missed thus far, but he has been limited in or exited from others, particularly the Buffalo game in which he managed just seven snaps.

While he hasn’t been blazing up the stat sheet, Ogunjobi has been a solid and consistent presence when available, with 19 tackles (two for loss) and a split sack with outside linebacker Alex Highsmith, as well as seven quarterback hits.

The Philadelphia Eagles didn’t have to run the ball much because of the success of the passing game, but they still put up 111 yards on 20 carries against a Steelers defense absent Ogunjobi (and of course T.J. Watt as well). Miles Sanders rushed for 78 yards on just nine carries to account for the bulk of the damage.

Obviously, the Thursday and Friday practices will be telling as to his availability for the team’s next game against the New Orleans Saints. Chris Wormley would get the start once again if he is unable to go.