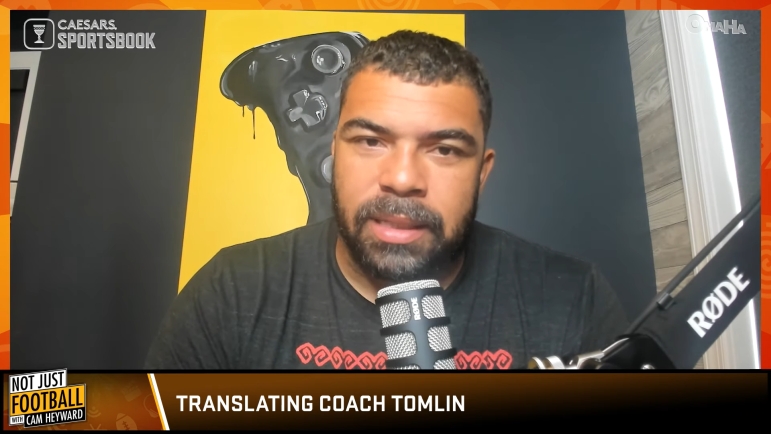 Pittsburgh Steelers head coach Mike Tomlin benched his starting quarterback, Mitch Trubisky, at halftime in week four. That is when he informed the players involved of the decision. That is not necessarily when he made the decision—in fact, it’s extremely unlikely that it wasn’t made ahead of time.

This is in spite of a report from Gerry Dulac of the Pittsburgh Post-Gazette earlier this week stating that Tomlin informed Trubisky and the eventual starter, rookie Kenny Pickett, of the decision after a dust-up in the locker room at halftime between the former and wide receiver Diontae Johnson.

It’s entirely plausible that an argument between Johnson and Trubisky preceded Tomlin informing the team about the lineup change. It feels rather implausible that the two were connected. But Tomlin wouldn’t even say whether or not it happened.

He told reporters when asked whether or not it was true, “If it were, do you think that I would share it with you in this environment?”, which—I mean, yeah. I don’t think many coaches would confirm such a thing happened.

“Our business is our business and I understand in today’s climate, oftentimes there’s leaks, our business getting in the street”, Tomlin continued to say with regards to the report about an incident between Trubisky and Johnson. “But I’m not gonna acknowledge it or confirm it or deny it in these settings. I’m just not. I ain’t got enough hours in my day for it”.

Defensive captain Cameron Heyward was asked about his head coach’s response to the question during the latest episode of his Not Just Football podcast that was posted tonight. As you might guess, he was fully on board.

The other report was from the previous week, when cornerback Arthur Maulet was overheard by reporters expressing his frustration to teammates about their response to a 35-point loss, seeing people laughing and smiling.

Tomlin did comment on that. “When you’re getting smashed like that, emotions and pissed-offness and all of that is a component of it”, he said. And Maulet did acknowledge later on that he expressed his opinion at that time—in that case, it couldn’t be denied, since it happened in front of reporters, even if in an unofficial setting.

The head coach also poked fun at reporters for always seeming to have a question about the latest things his former player, Ryan Clark, has to say about his team, which got a good laugh. Those laughs go down easier after a win, of course, so he’d better keep that going, or there will be plenty more pissed-offness both at halftime and postgame.