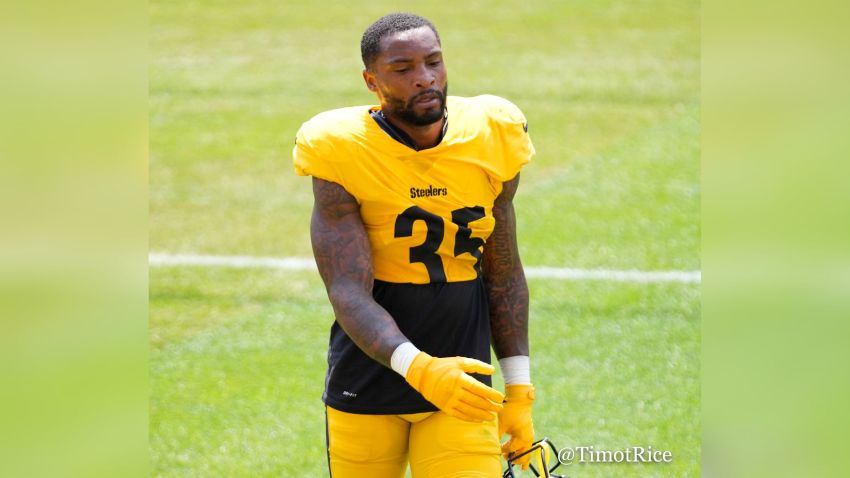 Things went from bad to worse Sunday following the 38-3 dismantling by the Buffalo Bills for the Pittsburgh Steelers. Not only was the performance on the field frustrating and rather embarrassing, so too was the storyline that emerged Sunday afternoon following the loss to the Bills on the road as, according to the Pittsburgh Tribune-Review’s Ray Fittipaldo, veteran cornerback Arthur Maulet was frustrated with players seen smiling and laughing in the midst of the blowout loss.

Here’s what Fittipaldo wrote for the PPG:

“You have to love this,” Maulet said as he emerged from his locker stall and walked toward the middle of the room.

When several of his teammates tried to quiet him because reporters were present, Maulet did not stop his rant:

“No man, you’re losing like that and guys are laughing and smiling on the sidelines? It’s 38-3 and (people) are laughing on the bench? You have to love it.”

Maulet did not speak with reporters after the 38-3 loss, which was the worst defeat in 33 years dating back to the 51-0 loss to the Cleveland Browns in the 1989 season opener for the Steelers. However, teammate Myles Jack did speak with reporters and stated he had no problem with Maulet expressing his frustrations regarding antics in the locker room after the loss.

That then led to questions to head coach Mike Tomlin on Tuesday during his weekly press conference. Tomlin pulled no punches, stating that when a team gets “smashed” like that, emotions are frustrations and are normal.

“Hey, when you’re getting smashed like that, emotions and pissed-offness and all of that is a component of it,” Tomlin stated to reporters Tuesday, according to video via the Steelers official YouTube page. “You’re naive if you think that it’s not. We don’t like getting smashed, we don’t like getting beat. We’re getting smashed, so all of those things are normal, if you will. Expressions are frustrations. The question of desire and things of that nature, that’s what competitors do, particularly when you’re get smashed.

“I’m not gonna read too much into it. We got smashed last Sunday,” Tomlin added. “We’ll roll our sleeves up and go back to work and understand that, man, that was not fun, and we gotta do things differently.”

The Steelers really shouldn’t read too much into it, at least publicly.

Kudos for Maulet telling it like it was with media members present in the locker room, even if he didn’t talk to the media after the loss. He’s a guy that genuinely cares about the game and lives and dies with each play, each result. He’s one of those guys that Tomlin has praised in the past for his compete level and ability to grind out a role in the NFL and stick around awhile, so of course the game and outcomes means a great deal to him.

It’s unclear who the players in question who were smiling and laughing after the loss were, but it’s still a relatively young team that hasn’t gone through many trials and tribulations until the last few weeks. Hopefully Sunday’s beatdown was a wake up call for the young players, and a sign of the times regarding how far away they are to being a competitive NFL team.