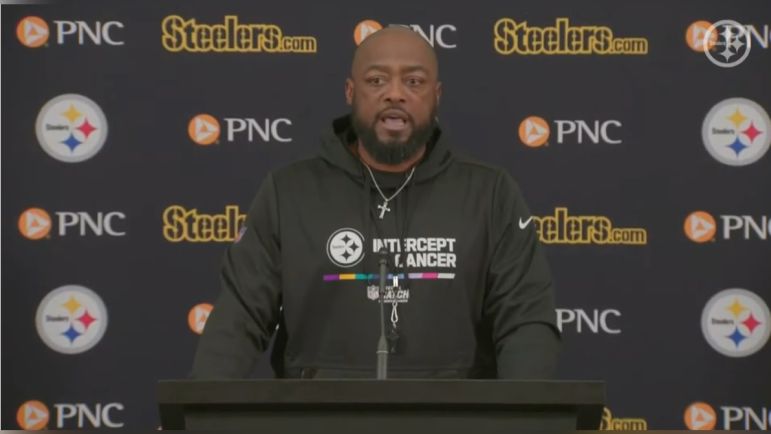 On the heels of Monday’s report that QB Mitch Trubisky was benched at halftime of the Pittsburgh Steelers’ Week 4 game against the New York Jets after getting into a confrontation with WR Diontae Johnson, it’s no surprise to hear Mike Tomlin was asked to respond to that news. And it’s equally no surprise Tomlin declined to give an answer.

Via the team’s YouTube channel, here’s Tomlin’s response when asked about the validity of that report.

“If it were [true], do you think that I would share it with you in this environment?” he said. “Probably not. Our business is our business and I understand in today’s climate, oftentimes there’s leaks, our business getting in the street. But I’m not gonna acknowledge it or confirm it or deny it in these settings. I’m just not. I ain’t got enough hours in my day for it.”

Yesterday, the PPG’s Gerry Dulac reported Trubisky was benched after a halftime locker room argument between he and Diontae Johnson. According to the report, Johnson began the exchange by telling Trubisky he wasn’t being targeted enough. Trubisky then responded, the conversation became heated and Trubisky was told he was being sat afterwards. Dulac’s report never outright says that was the reason why Trubisky was benched, but it’s certainly the implication. After the Jets’ game, Tomlin said Pickett started the second half because the offense needed a “spark”, and Pickett did provide one to the team, putting 14 second-half points on the board.

We’ll likely never know the full story. An argument between Johnson and Trubisky is believable ,and there’s no question tensions were probably high at halftime. The Steelers were 1-2 and trailing the Jets 10-6 at the break. Tomlin went on to say it would’ve been a good thing if players were upset.

Arguments on a sideline or in a locker room are as common in football as Gatorade cups. But it’s not often they could lead someone to being benched, making yesterday’s report surprising.

All that matters is the present. If cleared from concussion protocol, Kenny Pickett will start this weekend against the Miami Dolphins. If not, the team will turn to Mitch Trubisky. And Pittsburgh will look for its first winning streak of the season.