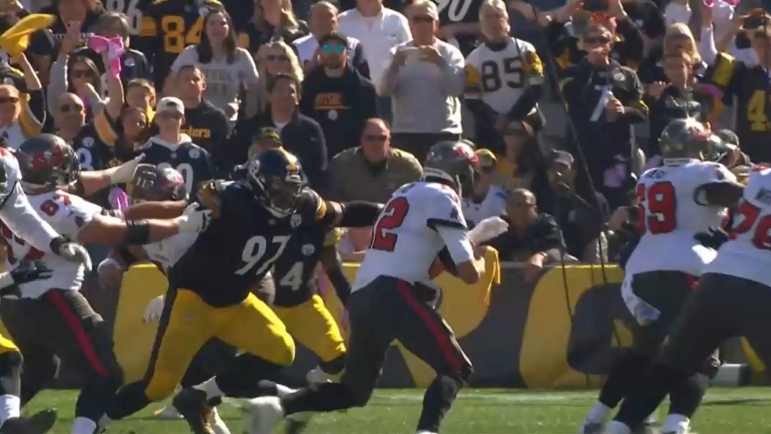 Storylines are for the media, and they try to make it for the fans, too. After all, football itself is not enough to sell football fans on watching a football game, right? Or, well, to sell them on reading a particular brand of coverage, I suppose.

I digress, but only partly, because we have a major(ly insignificant) storyline pumping through the veins of the media this week as the Pittsburgh Steelers prepare to face the former team of their senior defensive assistant, Brian Flores.

Flores spent the previous three years as the Miami Dolphins’ head coach before being fired this offseason in a move that was almost unanimously regarded as a surprise. In fact, he is even suing the Dolphins among other teams, as you know, which head coach Mike Tomlin insists is a non-story.

Defensive captain Cameron Heyward doesn’t think much of it, either. Whether it is or is not for those on the outside, those in the locker room have bigger fish to fry this week.

The Steelers are still two games below .500 even after Sunday’s win over the Tampa Bay Buccaneers, in which they were favored to lose by nearly 10 points. While they managed to upset the Cincinnati Bengals in the season opener, they lost their next four games and even made multiple changes in the lineup, most notably of course at quarterback.

It’s far too early to determine whether or not Sunday’s win was significant as a sign of things to come, as the Buccaneers have not been the sharpest team in the league this season, either, with quarterback Tom Brady perhaps already being at least half-retired mentally.

The game against the Dolphins should at least in theory be a reasonably winnable game, even with Miami getting its own starting quarterback, Tua Tagovailoa, back from a concussion. Their secondary is still banged up and won’t be healthy this week, and other injuries are worth monitoring, as well.

Flores returning to Miami while actively suing the team is certainly a story, but it’s not really a football story, a story about football. It’s nothing that players in the locker room have to answer questions about. Especially not when you’re a 2-4 team just desperate to get your head above water.