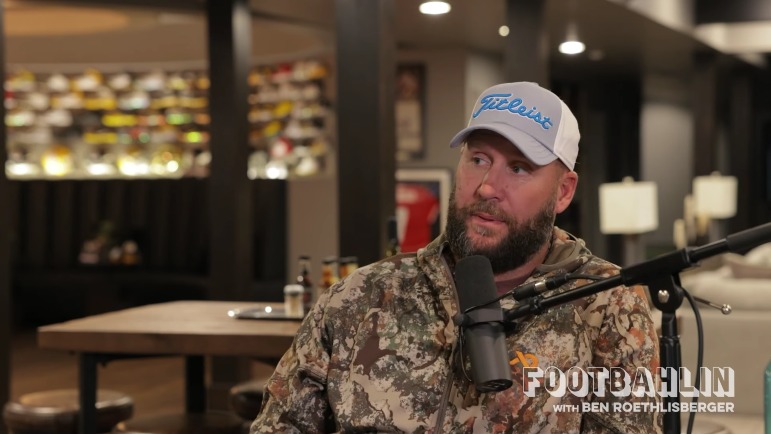 Former Pittsburgh Steelers quarterback Ben Roethlisberger was in a suite to watch the Steelers’ 20-18 win over the Tampa Bay Buccaneers on Sunday. Roethlisberger, who retired after last season, said he believes that Tom Brady didn’t look like he wanted to be out there. Brady also announced his retirement this offseason, but later walked it back and announced he would come back and play this season.

“Tom is the greatest. The Super Bowl rings show it and talk about it. He didn’t look like he wanted to be out there. Maybe it was the pressure, and he was getting hit, or whatever was going on,” Roethlisberger said. “I’m like, there’s no way he’s enjoying this. No way,” Roethlisberger said on episode 8 of his Footbahlin’ Podcast.

For his part, Roethlisberger said that watching the game didn’t reignite any competitive fire.

Roethlisberger and Brady have a long history, and while Brady usually got the better of the Roethlisberger-led Steelers, it’s notable that Roethlisberger had that takeaway from watching Brady from one of the best seats in the house. As a former quarterback who probably knew when his time was up, it’s definitely an interesting observation.

Brady has obviously had his share of distractions so far this season, from missing time during the preseason to divorce rumors. He missed Tampa Bay’s Saturday team meetings and walkthrough after attending New England Patriots’ owner Robert Kraft’s wedding on Friday, and I’m sure the Buccaneers’ 3-3 record isn’t what he anticipated when he decided to unretire. He’s still arguably the greatest quarterback of all-time (and Roethlisberger ascertained that he believes he’s the greatest), and he’s still having a pretty decent season, with 1,652 yards, 8 touchdowns and just a single interception this season. Regardless, it can’t be fun getting hit every Sunday, especially at 45 years old, and Brady seemingly has other interests off-the-field, including his TB12 Brand.

Either way, this is more likely than not his last season in the league. Even if he does regret his decision to come back, it’s not as if he’s going to just give up on the rest of the season. While he might turn his attention elsewhere at times (like he did when he chose to attend Kraft wedding’s), but when it gets late in the year, you know he’s a guy Tampa Bay will count on.

As a lifelong Steelers fan living 15 minutes away from Gillette Stadium though, nothing is better to me than beating Tom Brady, no matter what uniform he’s wearing. After all the years of him tormenting the Steelers, for them to get one on him yesterday with such a depleted secondary was extra sweet, and it can serve as a positive momentum builder for Pittsburgh going forward as they look to beat the Miami Dolphins this Sunday.