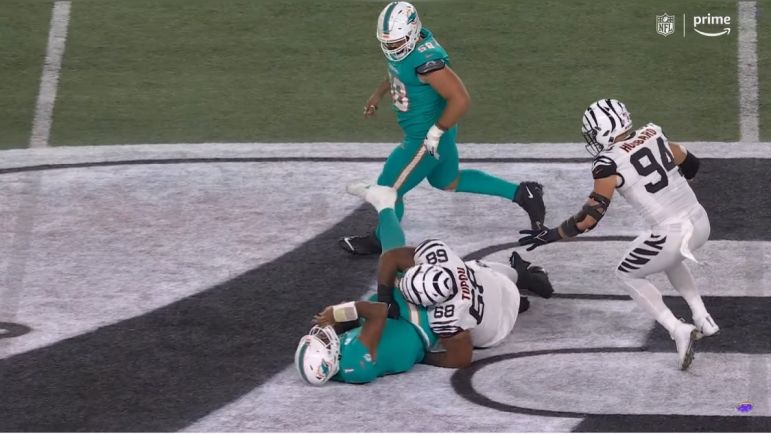 According to a tweet by ESPN’s Adam Schefter, Miami Dolphins quarterback Tua Tagovailoa was cleared from concussion protocol and will return from his absence in Week 7 on Sunday Night Football against the Pittsburgh Steelers. Tagovailoa, who suffered a concussion on Thursday Night Football against the Cincinnati Bengals a few days after being questionably cleared to return after what appeared to be a head injury against the Buffalo Bills, led the Dolphins to a 3-0 record before going down with the injury.

NFL Network’s Tom Pelissero added that Tagovailoa suffered no setbacks throughout the process, while Schefter’s tweet noted that he received four additional opinions outside of team doctors who cleared him for the protocol. Luckily, they said Tagovailoa’s scans showed no long-term brain impact.

Tagovailoa’s initial injury brought changes to the NFL’s concussion protocol, which should serve the league as a whole better. From the Steelers’ end of things, this makes their Week 7 matchup that much more difficult, as Tagovailoa looked like one of the best quarterbacks in the league through the first few weeks of the year. Sitting at 1-4 with a matchup against the Tampa Bay Buccaneers tomorrow that looks increasingly difficult given the injury report, the Steelers could be in big trouble over the next few weeks.

The important thing though is that Tagovailoa is ok. It was an incredibly scary injury. Next Sunday also marks Brian Flores’ return to Miami after spending three seasons as the Dolphins’ head coach. Miami is also celebrating the 50th anniversary of its undefeated 1972 team, the only team in NFL history to finish undefeated. It should be an eventful Sunday night in Miami, and hopefully, the Steelers are able to make a game out of it against one of the better offenses in the NFL, especially with Tagovailoa healthy.