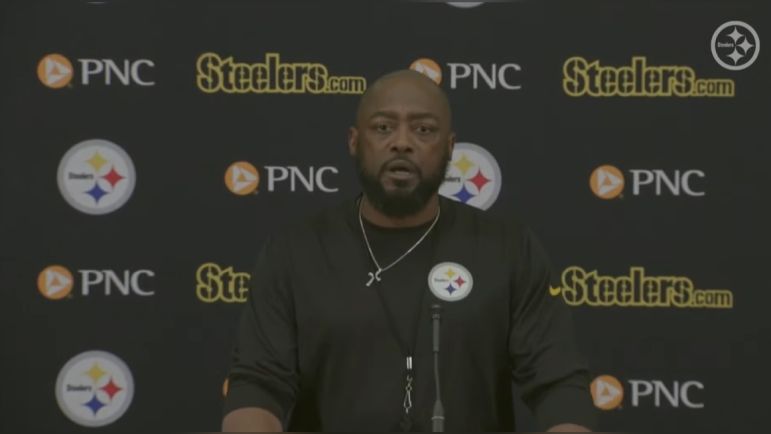 There’s an old story about a man who falls down into a hole and can’t get out. A doctor walks by and throws down a prescription for the man. A priest comes by and says a prayer for a man. Finally, a friend comes by and jumps down in the hole with the man. The man goes “Are you stupid? Now we’re both down here.” The friend responds, “I’ve been down here before. And I know the way out.”

Mike Tomlin needs to be the man who leads the Pittsburgh Steelers out of the hole.

Though famous for never having a losing season, Tomlin’s been on the wrong end of a start to a season before. In 2013, the team started 0-4 before rallying to finish 8-8. In 2019, a Roethlisberger-less team began 1-3 and recovered to at one point be 8-5, though it faltered down the stretch. And last year, Pittsburgh found themselves 1-3 only to get off the mat, finish the year 9-8-1, and make the playoffs.

Now sitting at 1-4, Tomlin offered the path to climbing out of the mess they’ve made.

“One thing that I want our team to know, and I stated to them is that we’re not gonna cure our ills in one or a couple of good days or a good plan or good performance for that matter,” Tomlin told reporters via the team’s YouTube channel. “The state that we’re in, we’re gonna have to put our heads down and work hard and diligently and stay together for an extended period of time as we grind our way back to respectability,”

There’s no magic formula to bouncing back from 1-4. Right now, there’s little going right for the Steelers. An offense that can’t run the ball efficiently. A pass game struggling to make big plays. A third down offense that usually results in a punt. A defense with zero pass rush. A secondary tattered by injury. A schedule that’s unforgiving.

As Tomlin says, one good practice, one good game, won’t turn their fortunes around. They’ll have to find a way to sustain, something they’ve been incapable of doing through their first five games. The only way to get through to the other side is to keep the locker room together, play fundamental football, and show more intensity and effort than the opposition.

If Pittsburgh wants a realistic path to becoming competitive again, it means winning two of their next three games and being 3-5 at the bye week. On the other side of the bye sits a seemingly easier schedule and four AFC North games that could allow the Steelers to climb back into things.

But that all feels like an eternity away. Right now, they’re in a deep, dark hole, trying to find a friend to get them out.