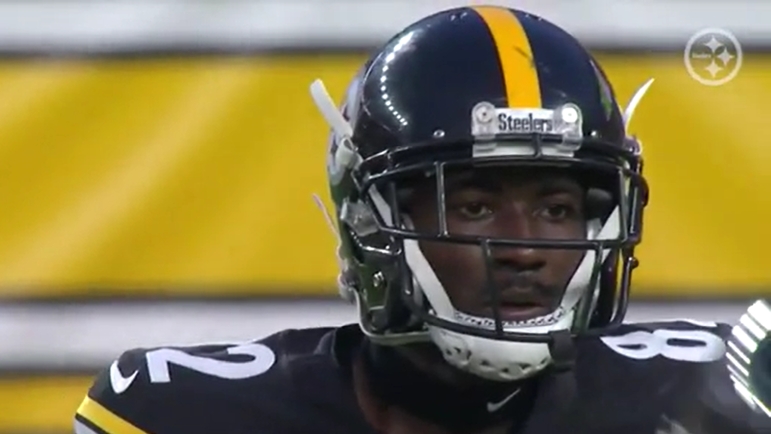 After an 89-yard kick return and 24-yard punt return in his first game as the Pittsburgh Steelers’ full-time return man against the Tampa Bay Buccaneers, wide receiver Steven Sims said he thinks he brings energy to the team.

“I think I bring a spark to the team. I bring energy into special teams. That’s my role, and I’m going to take it and run,” Sims said via Steelers.com.

Without Sims 89-yard return against Tampa Bay that set up a field goal, the Steelers very well may be 1-6 right now. They won that game 20-18, and Sims’ return immediately put Pittsburgh in field goal range. While it would’ve been nice to see them take advantage of the field position and put six on the board, the Steelers settled for three, but that score was crucial in what ended up being a two-point victory.

Sims missed last week against the Miami Dolphins and Gunner Olszewski didn’t do much of anything, but at least he held on to the football. If Sims can prove to be a weapon in the return game, he can provide a very much-needed jolt to the offense. They struggle to move the ball downfield, and consistently having good field position can be a way to counteract that. Obviously it’s hard to rely on consistently good returns, but Pittsburgh’s return game has been a weakness for the last few years. If Sims can at least make it somewhat of a strength, the Steelers will be a better football team.

Sims also missed time during the Buffalo game with an eye injury he suffered before the game in addition to missing last week with a hamstring injury. He has to stay healthy, and he’s also struggled with fumbles before, so it’s not a guarantee that he can be relied on. His performance against Tampa Bay was impressive, though, and it’s what Pittsburgh’s been missing in the return game. Any time special teams can contribute to putting points on the board, the likelihood of the game having a positive outcome increases, and hopefully, Sims can stay healthy enough and consistent enough to be a positive contributor for the Steelers in 2022.