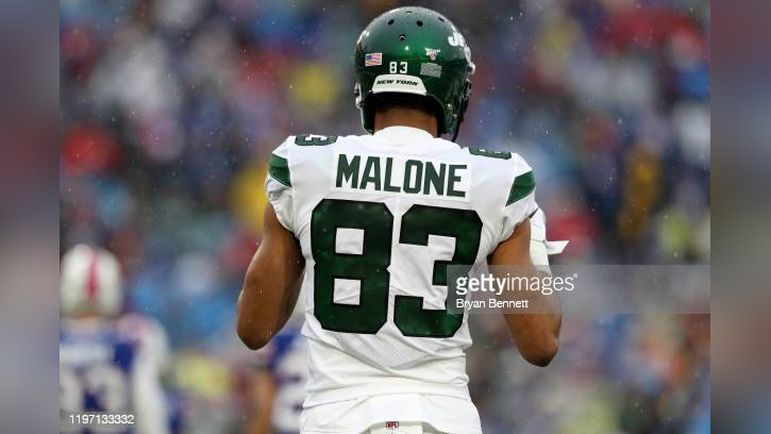 The Pittsburgh Steelers made several practice squad moves Tuesday. The team announced they have signed WRs Josh Malone and RB Jason Huntley to their practice squad while releasing S Scott Nelson from it.

Huntley rejoins the practice squad after initially being signed there on September 2nd. He was released six days ago but will again provide running back depth and serve on the scout team. Drafted in the fifth round in 2020 out of New Mexico State, he’s appeared in six regular season games, carrying the ball 18 times for 70 yards while logging time on special teams.

Malone is a new name to the team. A fourth-round pick of the Cincinnati Bengals in 2017, Malone played his college ball at Tennessee. There, he broke out his senior year, nearly registering a 1,000-yard season while averaging almost 20 yards per catch. A height/weight/speed vertical threat at 6026, 208 pounds who ran a 4.40 40, he saw limited action his rookie year, catching six passes for 63 yards and his first career touchdown. But he’s struggled to find his footing since, catching just five passes since 2018. Malone hasn’t appeared in a regular season game since 2020. He most recently spent time with the Tennessee Titans this summer. While he’s been in the league for five years, he’s still just 26 years old.

Here’s what we wrote about Malone in our 2017 pre-draft profile, largely reflecting how his career has panned out.

“You have to understand who this guy is and how he wins. Can’t expect much of a contribution in Year One. There is some intrigue just because not every big guy can run fast but I left the evaluation feeling a little disappointed from what I’d hope to find.”

We noted his intriguing physical tools, but also his rawness as a route runner that made him just a situational deep threat.

You can check out the full report below.

Nelson was signed to Pittsburgh’s practice squad on October 4th. With the Steelers’ secondary getting healthier, he was no longer needed.

Since CB Josh Jackson was signed off the Steelers’ practice squad to their 53-man roster Saturday, the team had an open practice squad spot. That’s why the team only needed to release one player to make room for Huntley and Malone.