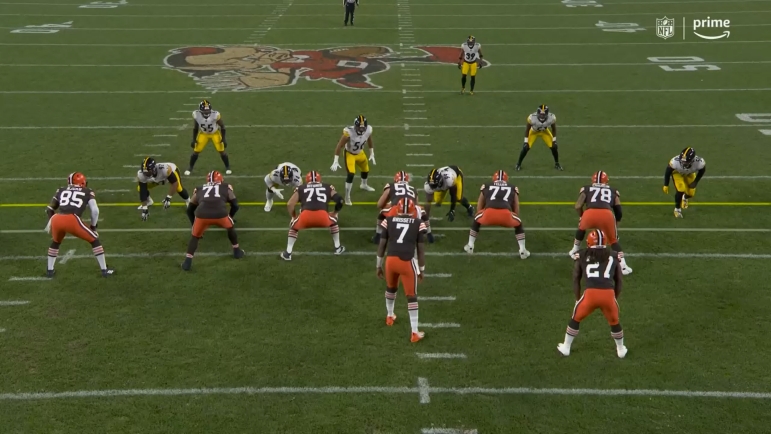 Pro Football Focus continues to introduce new ways at analyzing the sport of football, and one particularly interesting criteria they are introducing is ‘perfectly covered plays’. A ‘perfectly covered play’ is defined as one where every player in pass coverage earns a PFF grade of zero or higher. In other words, one where every player plays their role at least adequately and does not hurt the pass defense.

As the PFF article explaining this concept points out, one player botching his assignment in pass coverage leads to a disparity in the outcome of plays. Indeed, they found considerably higher rates of EPA (expected points added) per play, success rate, and explosive play rate when offenses face a non-perfectly covered defense than they do with the former.

In their weekly coverage update, PFF found that out of 16 games in Week 4, the team that had a higher rate of perfectly covered plays was 11-5. The Steelers ranked third-to-last in this, as only 33.3% of their plays were perfectly covered, compared to the New York Jets’ 40%, and considerably lower than the league average of 41.4%. As a betting man, I would wager that this number was weighed down in the fourth quarter due to several key injuries that forced cornerback Aruthur Maulet to play more snaps to the team’s detriment.

Indeed, PFF cited the trio of Maulet, Cameron Sutton, and Levi Wallace as ranking 27th in rate of perfectly covered rate for cornerback trios at 40.62% in Week 4. Given that cornerback Ahkello Witherspoon is anticipated to be out on Week 5, this trio may get the majority of reps against the Buffalo Bills high-powered passing attack on Sunday barring a change.

This raises the question of what variables impact this, and which ones the Steelers need to improve upon. One variable that PFF points out is zone coverage rate, as it yields a 44.65% perfectly covered play rate compared to 26.32% with man coverage despite being run two thirds of the time. According to a separate study by PFF, the Steelers ran man coverage 50% of their Week 4 snaps, which ranked third most and explains the lower rate of perfectly covered plays. Overall in the season, the Steelers rank 4th in the NFL in man-coverage rate at 40.2%, which is perhaps surprising given head coach Mike Tomlin’s Tampa-2 background.

Going into a testing matchup on the road this Sunday, the Steelers will need their A-game in pass coverage against All-Pro quarterback Josh Allen. Given that the Wednesday injury report has nearly every starting defensive back on the team on it, this will be a challenge. However, crazier things have happened, and it is never safe to write out Tomlin and the Steelers.