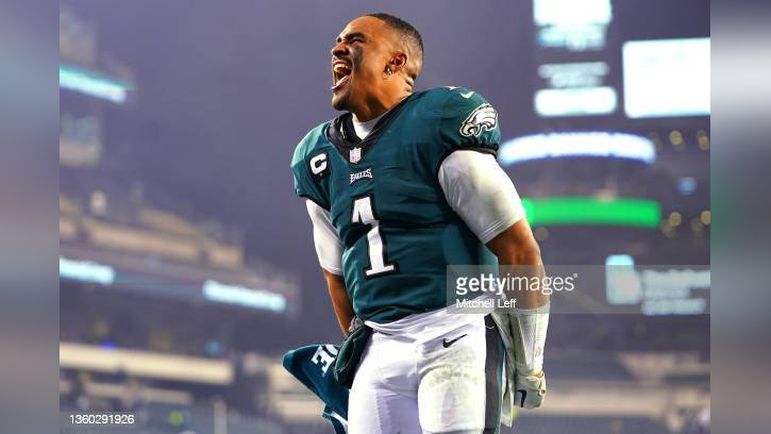 For the Pittsburgh Steelers, the road doesn’t get any easier this weekend. After facing a mobile quarterback in Tua Tagovailoa Sunday night, the Steelers will now set their sights on one of the league’s most mobile quarterbacks in the Philadelphia Eagles’ Jalen Hurts. Hurts is having a strong season with his arm and his legs. Previewing the game on the latest episode of his Not Just Football podcast, Cam Heyward hinted at how the Steelers have to attack Hurts and the Eagles’ offense using their time spent preparing for the Ravens as a guide.

“When you get these zone running teams, it comes down to really good assignment football…I remember times where we’d play Robert Griffin, when they got into those zone read formations, we’re going to hit the quarterback no matter what the play is,” Heyward said. “Especially in that zone read game. If you hit the quarterback, either he’s going to keep it or not, but we’re going to mess up the pace of it, the tempo of it, and force you into something you don’t want to do.”

Heyward is referring to the “mesh charge,” a defensive wrinkle occasionally seen around the league. The idea being instead of a defender trying to read where the ball is going, one player is responsible for attacking the quarterback every time. The offense loses its advantage by no longer reading the defender because he is attacking, not reacting, and it forces the give to the back every time. And offensive coordinators know calling the play guarantees their quarterback will get hit, potentially making them shy away from using it throughout the game.

Here’s an example of mesh charge as we wrote about a few years ago against RG3, him taking shots on most of these zone plays.

Because the quarterback is a potential runner, he loses some of the protections he’d have a passer, opening the door to him being hit. The Eagles’ offense operates in a similar structure with plenty of zone reads. Hurts has done a ton of damage with his legs, designed plays and scramble moments and on the year, has nearly 300 rushing yards and six rushing scores.

While “mesh charge” is just one wrinkle to a gameplan, Heyward made it clear the team’s overall focus needs to be aggressive.

“You have to be in attack mode. If you go back there and read, [Lamar] is going to make you wrong…the zone read game, you have to be attacking and making sure you’re not on your heels catching blocks.”

While those comments focused on the Ravens, it’s part of the Eagles’ personality too. Here’s Hurts scoring against the New Orleans Saints last season on the same concept.

Look for a full scouting report on the Eagles’ offense (and defense) this Friday. Pittsburgh’s first mission will be minimizing all aspects of Philadelphia’s run game. No team has more rushing attempts or rushing touchdowns than the Eagles who couple Hurts with a talented runner in Miles Sanders.