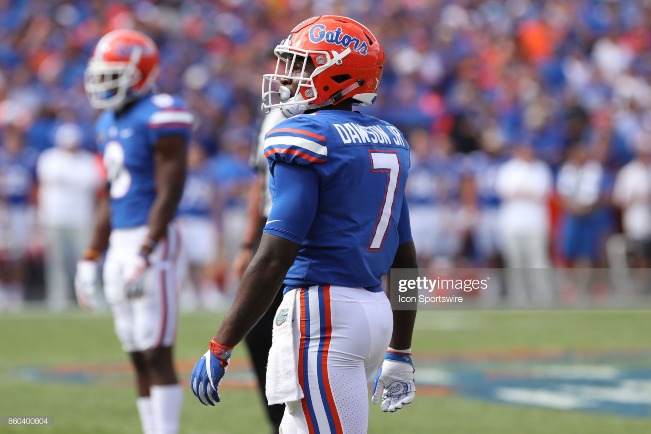 Dawson is the most intriguing name on the list given his pedigree. A former second-round pick out of Florida by the New England Patriots, he’s spent time with the Denver Broncos and Carolina Panthers in addition to New England. He has 27 total tackles and two pass deflections in his NFL career.

Hill was an undrafted free agent out of Michigan in 2020 who originally signed with the Kansas City Chiefs as a UDFA but has bounced around the league, spending time with the Philadelphia Eagles, Arizona Cardinals, San Francisco 49ers and Cleveland Browns. He hasn’t played in an NFL game yet.

Malone’s been in the league for a bit, as the former Cincinnati Bengals fourth-round pick in 2017 has 11 career receptions. The Tennessee product has played in the NFL with both the Bengals and the Jets, most recently logging four receptions with the Jets in 2020.

Bradley was in the NFL with Cleveland as recently as last year. A former undrafted free agent, he has nine career receptions.

So what’s the common thread here? Every receiver brought in has experience as a return man, with the exception of Mack. Mack only returned one kick in college, but Bradley and Malone both have returned kicks or punts in the NFL. With Gunner Olszewski losing his return job and the team turning to Steven Sims, who suffered an eye injury and missed the Bills’ first kickoff, they likely want to get a look at potential options down the line.

Check out our draft profile on Malone below.