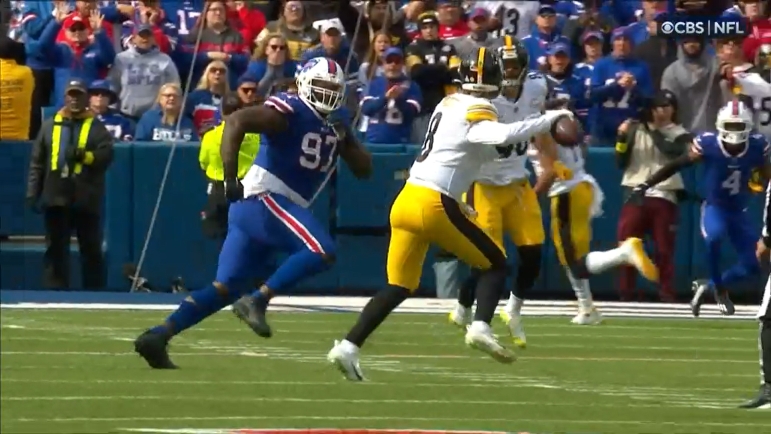 The Pittsburgh Steelers are preparing to face the Tampa Bay Buccaneers and quarterback Tom Brady on Sunday. In doing so, they are looking to avoid a dreadful and career-worst for head coach Mike Tomlin 1-5 start. A tough matchup on paper, the Steelers will need to bring the A-game, especially given their injury report. As such, here are five numbers to look for on Sunday.

41. The last time the Steelers played without linebacker T.J. Watt and safety Minkah Fitzpatrick was last season against the Los Angeles Chargers. They allowed 41 points and also scored their highest 2021 point total at 37 in a comeback effort.

4.2. Though the sample size is different, both Steelers’ quarterbacks Kenny Pickett and Mitchell Trubisky have an identical 4.2 air yards per attempt. Look for this number to shift one way or the other for Pickett after Sunday’s game as an indicator for what the offense will look like moving forward.

0. The Steelers have no plays of over 40 yards this season, tied with the Arizona Cardinals for the least in the NFL. Given that they are going up against Brady with an injury-riddled secondary, the Steelers must find a way to have at least one explosive play to remain competitive.

51.9. According to Pro Football Focus, Brady has a 51.9 rating when pressured compared to 104.3 when kept clean. T.J. Watt or not, pressure will be the name of the game for the Steelers’ defense Sunday to give them any chance at keeping the game manageable.