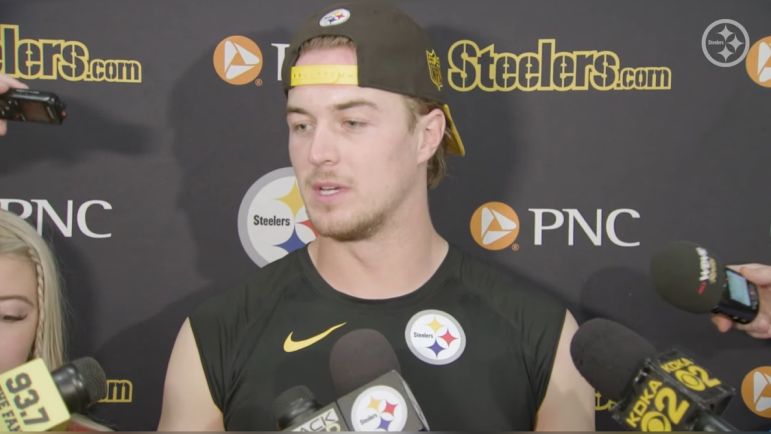 The standard is the standard. That’s Mike Tomlin’s phrase.

The standard must be raised. That’s Kenny Pickett’s go-to line.

Days after suffering their worst loss in more than 30 years, Pickett talked to reporters about bouncing back and improving from the Pittsburgh Steelers’ loss to the Buffalo Bills.

“It’s unacceptable how we played last game. The standard has to be raised, we have to hold ourselves to a higher standard and it really starts in practice. So, we need better practice habits that’ll translate over to the game.”

The team’s 38-3 defeat was Pittsburgh’s worst loss since being blown out by the Cleveland Browns 51-0 in the 1989 opener. It was only the fourth time since the merger the Steelers lost a game by 35+ points, and the first time since that ’89 season, making it the worst loss in the Mike Tomlin era.

While Pickett is only making his second start this Sunday, he’s quickly been thrust into the role of team leader on an otherwise young and at times, rudderless offense.

“I’m a young guy still, but at the end of the day, it’s my job to lead the offense and I fully embrace it.”

Pickett’s leadership skills have already been on display, and it’s a role he appears comfortable in from communicating with receivers when they run the wrong route to commanding the huddle to mixing it up with the opposition. He’s quickly earned the respect of his teammates.

Pittsburgh and Pickett will look to bounce back Sunday at home against the Tampa Bay Buccaneers, entering the game as the biggest home underdogs they’ve ever been one week removed from being the biggest road underdogs in franchise history. Hopefully, the Steelers respond better than they did following that Browns game in 1989. The next week, they were promptly blown out again by the Cincinnati Bengals 41-10.

Dropping to 1-5 after this weekend would effectively end the Steelers’ season. Facing already slim odds, since the NFL moved to a 16-game format, teams who start the season 1-5 have made the playoffs just 2% of the time. Washington did it in 2020 with a 7-9 record, winning the NFC Least, while the 2018 Indianapolis Colts and 2015 Kansas City Chiefs also managed to turn their seasons around. It’s doubtful Pittsburgh will be able to do the same.