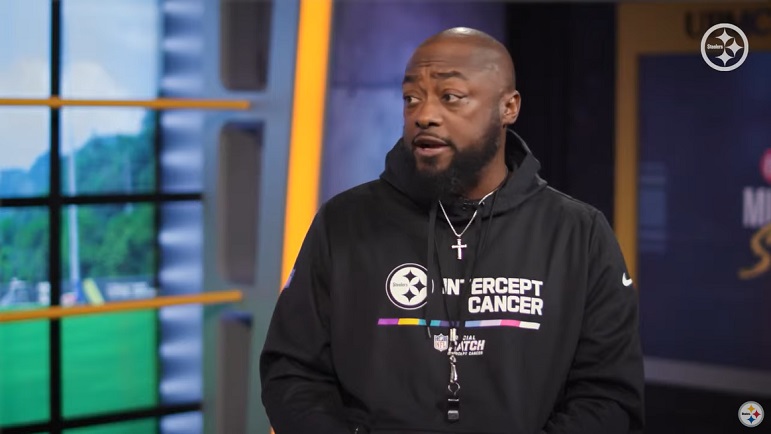 “I thought a component of the game also that shaped how the game unfolded if you will is, you know, often times we’re the first time in the stadium versus a new group.” Tomlin said to the media Tuesday which aired live from the team’s YouTube channel. “Tua, Coach McDaniel, their weapons. It takes a while for you to get a feel of how they function and what it is that we need to do to minimize it. And I thought that that could be reflective of us as a defense early on. Left-handed quarterback and some of the things that they do. I thought as the game wore on, we got more comfortable with getting a feel.”

Tomlin went on to talk about the difficulties that facing a left-handed QB like Tua can present for a defense after the team prepped against a right-handed QB throughout the week, pointing to that aspect as a reason why the defense took a while to get settled in against the Dolphins offense Sunday night.

While I understand the differences that can exist facing a right-handed QB compared to a left-handed QB, I don’t see that as a good excuse for why the defense couldn’t stop Tua and the Miami offense in the first quarter of play. Facing a left-handed QB isn’t the same as facing a left-handed pitcher in the game of baseball and given how fast that Tua was getting the ball out from the snap, it seems like a reach to put what hand he throws with as a good reason why Pittsburgh struggled to get to their spots in coverage at the beginning of the game, leading to plenty of wide-open throws over the middle.

Tomlin is right in saying that the Miami offense is relatively new with Tyreek Hill and HC Mike McDaniel both in their first season with the team. Still, your pro scouting department and your coaching staff’s job is to scout opposing teams ahead of the matchup and break down what they do to properly play against it. While Tua had missed the last two games with a concussion, Pittsburgh still had three games of tape with Tua leading the Dolphins to go off of in their preparation for their matchup.

The Dolphins aren’t going to take sympathy on the Steelers just because they have a relatively new cast on offense. Neither is the rest of the NFL who also have had to prep against the Dolphins this season.  While Tomlin presented this aspect as a reason why the offense struggled, it could be seen more as an out to explain why they struggled early at the beginning of the game. For a coach that constantly says he doesn’t look to seek comfort, Tomlin appeared to find a comfortable excuse as to why his defense wasn’t prepared at the beginning of the game in yet another loss.