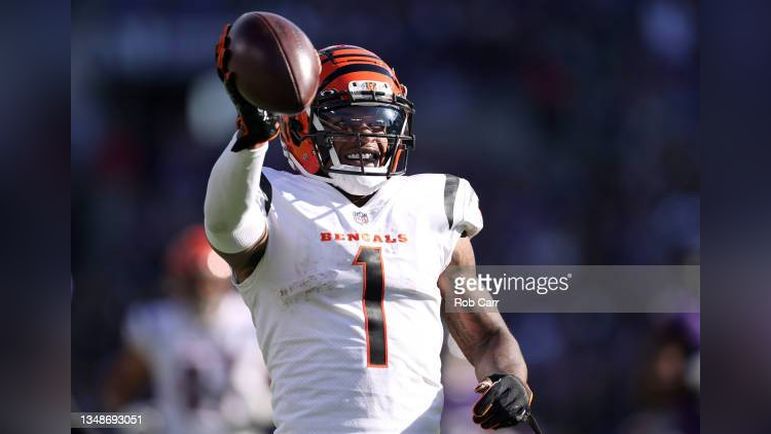 In a big blow to their offense, the Cincinnati Bengals’ are expected to be without star WR Ja’Marr Chase for 4-6 weeks due to a hip injury. The news was first reported by TWSN’s Malik Wright and soon confirmed by ESPN’s Adam Schefter.

Ja’Marr Chase is out Monday Night and is expected to go on IR . Multiple sources tell me.

Big blow to the Bengals offense that just got rolling .

Bengals’ WR Ja’Marr Chase is dealing with a hip injury that is expected to sideline him 4-6 weeks and makes him a prime candidate for injured reserve, per sources. Chase visited with a hip specialist Wednesday and is seeking more answers about his injury.

A trip to injured reserve would mean Chase would not play in the Steelers/Bengals rematch slated for Week 11. Chase was an impact player in the Week 1 game between the two teams, catching ten passes for 129 yards and the game-tying touchdown that would’ve sent the Bengals home winners had FS Minkah Fitzpatrick not blocked the ensuing extra point.

Following that game, Chase’s impact cooled off. But he caught fire the past two weeks, going for well over 130+ yards against the New Orleans Saints and Atlanta Falcons. Per Schefter, Chase originally hurt his hip in the Saints game and it flared up after the Falcons game. Reportedly, he won’t need surgery, but will have to rehab the hip injury.

Cincinnati will turn to Tee Higgins and Tyler Boyd as the main weapons in their pass game. Both are having strong seasons averaging over 14.5 yards per reception with five combined touchdowns. But Chase leads the team in targets, receptions, yards, and touchdowns and opens up the rest of the offense.

The Bengals are 4-3 in a tightly-contested AFC North between them and the Baltimore Ravens. Like Chase, the Bengals’ offense had begun to find its groove, putting up 30+ points in back-to-back weeks. The team does have a Week 10 bye but appear to be without Chase for their upcoming games against the Browns, Panthers, Steelers and perhaps beyond.