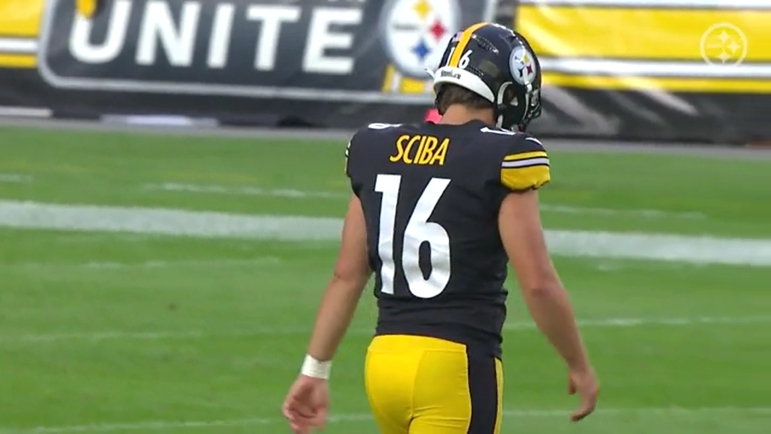 To replace the injured Chris Boswell, the Pittsburgh Steelers are reportedly signing kicker Nick Sciba for tomorrow’s game against the Philadelphia Eagles. That news comes via the PPG’s Ray Fittipaldo and Gerry Dulac.

The Steelers are going to sign Nick Sciba to kick against the Eagles pet @gerrydulac and me. Sciba was with the Steelers in camp.

Sciba was with the team during the offseason. An undrafted free agent from Wake Forest, he was invited to the Steelers’ rookie minicamp on a tryout basis, earning a contract and spot on the 90-man roster. He was waived August 23rd as the team trimmed their roster from 85 to 80.

One of the most accurate kickers in college football history, he made 80 of 89 career field goal attempts (89.9%), including going 23/25 as a senior. He was also a perfect 193/193 on his career extra points. Tomorrow will be Sciba’s NFL debut.

Boswell failed to practice Friday due to a groin injury. Initially listed as questionable, the team ruled him out Saturday. Pittsburgh will have to make a corresponding move to bring Sciba to the 53-man roster by 4 PM/EST today. The Steelers take on the Eagles tomorrow at 1 PM/EST.