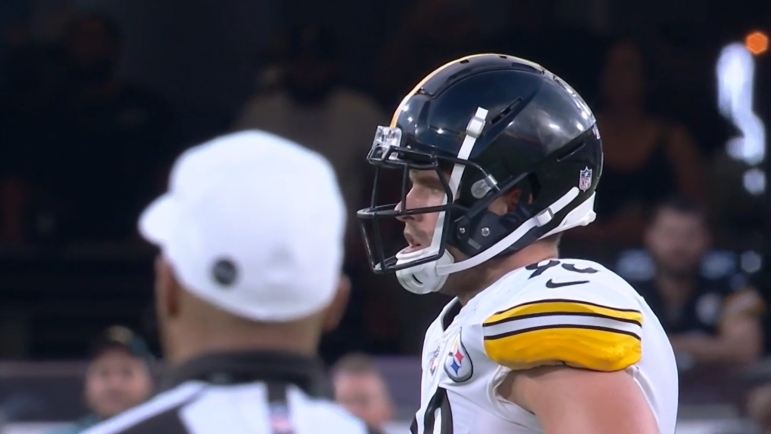 Though a footnote at this point, the PPG’s Gerry Dulac offered one tidbit of information on what led to T.J. Watt needing knee surgery earlier this year while on injured reserve. To be clear, this is referencing the injury that required Watt to undergo surgery sometime in early October and not a new injury.

But Dulac says the injury happened after Watt injured himself working out while on IR.

Once T.J. Watt injured his knee working out while on IR, the plan was always for him to return Nov. 13 against the New Orleans Saints. That never ever changed, even though he was practicing this past week.

It’s still unclear if that surgery delayed Watt’s timetable to return or if all the time missed is truly from the pectoral injury he suffered in Week One against the Cincinnati Bengals. Dulac seems to hint as much but it’s difficult to say with certainty and Watt declined to get into specifics when speaking to the media Friday. Dulac doesn’t connect it to the low block Watt took on against the Detroit Lions in the preseason, one that left Watt hobbled in the summer finale.

Regardless, as Dulac notes, Watt is expected to return to the lineup in Week 10 against the New Orleans Saints. Pittsburgh opened his 21-day window on Wednesday, allowing him to practice this week and leading some to believe Watt could return earlier than expected and play tomorrow against the Philadelphia Eagles. But the Steelers chose not to activate him for Sunday and he’ll miss his seventh straight game. Pittsburgh is 1-5 without Watt this year and enter the Eagles game as double-digit underdogs. Without Watt, the Steelers have recorded just five sacks over their last six games, the worst mark in football. Alex Highsmith has been the sole source of relatively consistent pressure with a career-high 6.5 sacks.

Watt’s return in Week 10 will be a welcomed sight but a loss to the Eagles would effectively end the team’s season. But we’re nothing if not thorough and this report sheds a little light on what led to Watt’s knee injury.