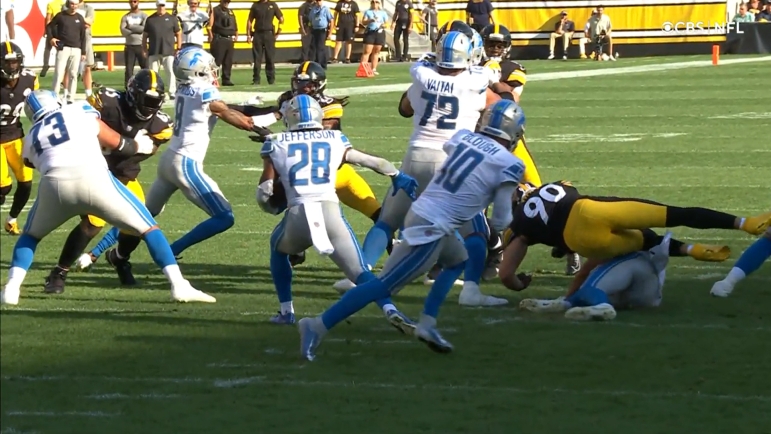 UPDATE: Washburn said in an update after halftime that Mike Tomlin told him that the injury to Watt was minor and he could’ve returned if it was a regular season game.

Pittsburgh Steelers outside linebacker T.J. Watt is being evaluated for an injury in the locker room, per Brian Batko from the Pittsburgh Post-Gazette. Watt was taken out by a cut block and looked to be injured on a  run by Jermar Jefferson on the first play of Detroit’s fourth drive of the game.

Another look at the T.J. Watt knee injury #Steelers pic.twitter.com/a5t8TWtvnp

Per CBS Sports’ Evan Washburn, it’s a left knee injury for Watt, who came off the field and was being treated by Dr. James Bradley. Washburn also reported that Watt will be out for the remainder of the game, which hopefully is just to be extra cautious. Watt joins wide receiver Diontae Johnson as guys out for the rest of the game with an injury.

Watt is possibly the most important player on the Steelers, and although he missed time with injury last year, losing him at the start of this year could be catastrophic. The reigning NFL Defensive Player of the Year is the best player on the team, and the anchor of the team’s defense. Hopefully, the injury is nothing serious and he will be ready to go for Week 1 on September 11. We’ll hear more on Watt’s status from Mike Tomlin postgame.