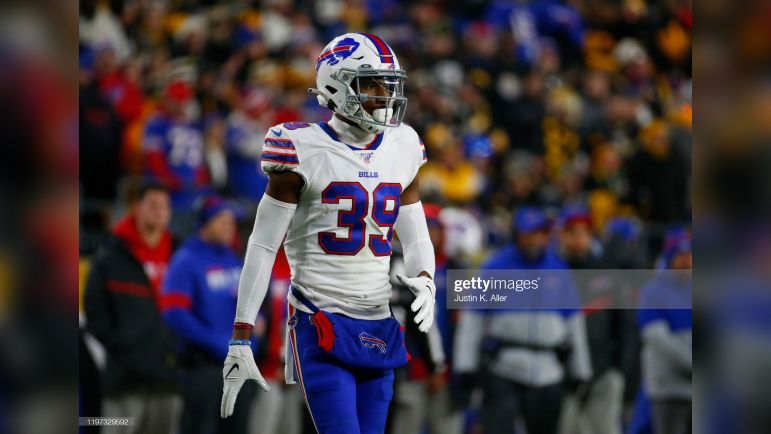 As the Pittsburgh Steelers prepare to head to Buffalo to face the Bills as a franchise-record 14-point underdog, they will need to be on their A-game to have a chance. One thing the team potentially has going for them is having former Bills that were added in free agency in quarterback Mitchell Trubisky and cornerback Levi Wallace. In a Wednesday press conference, Wallace was asked whether he can provide insider information from his four year tenure in Buffalo with Head Coach Sean McDermott.

“I was there for four years,” Wallace said. “But I know they can change schemes a lot, and so you never know what to expect, especially with coach [Leslie] Frazier, and Sean [McDermott], they do a great job of scheming. They know I was in that system for a long time, as does the offense. So, we’ll see.”

With All-Pro quarterback Josh Allen and a consistent defense, the Bills have made a name for themselves as a top franchise in the league. Aside from having one of the most talented rosters in the league, the Bills have one of the most proven coaching staffs in the NFL. As Wallace mentioned, they are unpredictable schematically and thus inherently challenging. The Steelers, who were arguably out-schemed by the New York Jets in the fourth quarter after several injuries in the defensive backfield, have a lot to prepare for.

On one side of the ball, the Steelers will face receiver Stephon Diggs and the Bills high-powered offense without starting corner Ahkello Witherspoon. Not to mention, fellow cornerbacks Cameron Sutton and Wallace were limited in Wednesday’s practice, and both starting safeties Terrell Edmunds and Minkah Fitzpatrick did not practice. Oh, and reining Defensive Player of the Year T.J. Watt is still out, who the team has not won a game without since his being drafted.

On the other side of the ball, the Steelers will march out with a rookie quarterback making his first start on the road against a talented defense that features All-Pro pass rusher Von Miller. Long story short, finding a way to out-scheme the Bills will be a challenge, but one the Steelers have to overcome to have a chance Sunday.

“They do a great job every year,” Wallace continued. “We played the Steelers a little different every year and so I can’t really tell exactly how they’re gonna play this year.”

The Steelers opened their 2021 season with a win in Buffalo, which was impressive given how both teams’ seasons turned out. In doing so, they famously employed safe pressure against Allen and the Bills offense, diverting from their usual philosophy of blitzing. In order to slow down the Bills on Sunday, they will have to pull something out of their bag of schematic tricks such as this once again.