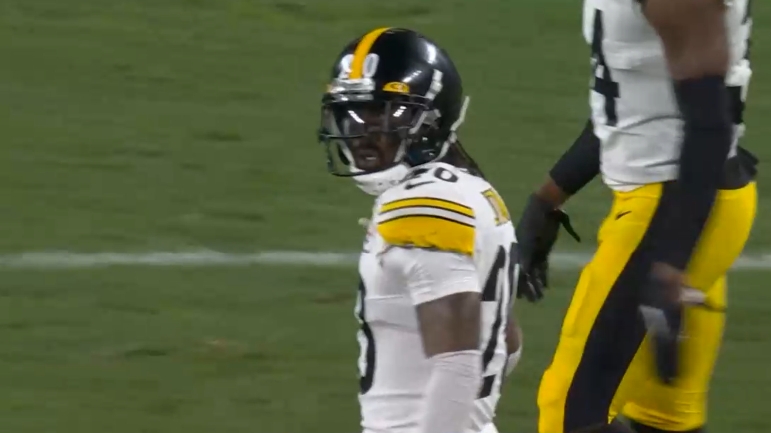 The Pittsburgh Steelers enter Week 5 as 14-point underdogs on the road against the Buffalo Bills. Pittsburgh has never been 14 point underdogs in team history until this week, but Cam Sutton said the team is preparing like they would for any other week.

“Just being a hungry team. We all know the situation we’re in, it’s no different than any other week,” Sutton said. “The mindset going out, whether it’s home or away, going to get a win. That’s what it’s all about, just really want to win,” he said via Steelers.com.

Sutton has been really good this year, as per PFF, he’s tied for the most combined forced completions and interceptions, along with Dallas Cowboys cornerback Trevon Diggs. With Ahkello Witherspoon likely out again on Sunday, Sutton is going to have to step up and handle the Bills’ top receiving threat in Stefon Diggs.

Last year, Pittsburgh entered Buffalo in a similar situation where no one expected them to win. They won on the strength of their defense forcing turnovers and a special teams touchdown off a blocked punt. The defense (with T.J. Watt) did a great job generating pressure and making Josh Allen uncomfortable. That’s going to be the key to the game again on Sunday. If Pittsburgh can get to Allen and make him uncomfortable and not let him use his legs to extend plays and create extra yardage, then the Steelers have a shot. It’s not a good chance, but it’s a chance.

Sutton also talked about the importance of throwing different looks at Allen.

“Just gotta do a great job of giving him different things to look at, applying pressure to him, and just causing some havoc.”

So far though, they’ve struggled to generate pressure with Watt out. If that’s the case again on Sunday, it’s going to be a long afternoon for the Pittsburgh defense. They have to, in the words of Sutton, cause havoc. Don’t let Allen settle in and get comfortable, don’t let him hit the shot plays to Diggs or Gabriel Davis, and try to force a few turnovers. That’s all you can ask for against Allen, and if the Steelers’ defense can execute the way they did last year, this won’t be a 14+ point game.

I don’t think Pittsburgh is going to win on Sunday. But all you can ask for is a chance. If the coaching staff is able to get creative in drawing up ways to create pressure and some creative schemes to give Allen different looks and not let him get comfortable, the Steelers will have that chance to steal a win.