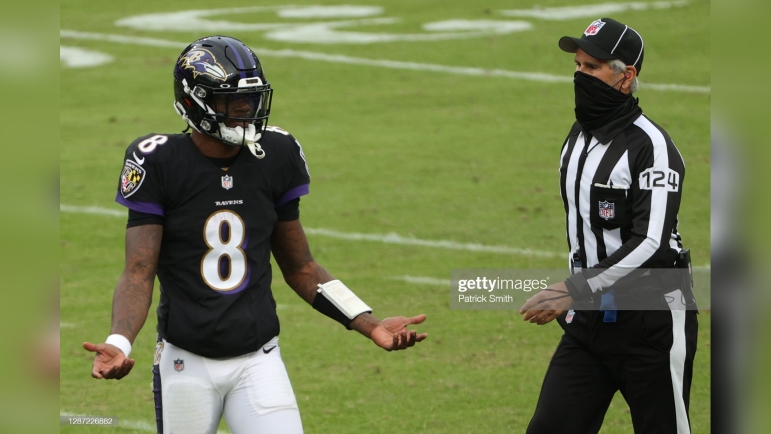 The Baltimore Ravens are not exactly having the sort of season that they expected to have. They are sitting at .500 through six games, yet all three of their losses involved fourth-quarter meltdowns of inexplicable fashion filled with self-inflicted wounds.

Sunday’s 24-20 loss to the New York Giants was no different. They held a 20-10 lead with 13 minutes to play, and were still up by three by the time New York fielded the ball on its game-winning drive with three minutes to play.

So what happened in between? Well, the Ravens turned the ball over on their final two drives, including a critical interception by quarterback Lamar Jackson that gave the Giants the ball on Baltimore’s 13-yard line.

That play featured a bad snap by rookie center Tyler Linderbaum, but Ravens head coach John Harbaugh agreed that Jackson shared the blame. Asked if the quarterback was trying to do too much at times, leading to errors, he responded during his press conference, “You can describe it that way probably, and in that situation it’s probably a really apt description”.

It’s been a season-long trend, however, for Jackson to play his worst ball in the fourth quarter. He has among the highest QBRs in the league in the first three quarters, but among the lowest in the fourth, according to ESPN.

“The basic rule that Lamar would tell you, and any player would tell you in that situation, is that you try not to make a bad situation worse”, Harbaugh said of Jackson’s interception after the botched snap. “That’s always the basic coaching point; any coach would probably tell you that in any sport”.

“Many times, you’ll see that Lamar will come out of that, and he’ll go make a play. So, I have to balance that a little bit because of the unique quarterback that we have”, he allowed, “but that’s definitely one that he’s going to want back, there’s no doubt about it. He’s responsible about that stuff”.

It didn’t help that the previous play featured a false start on 3rd and inches on a play that Jackson otherwise successfully converted on a quarterback sneak. That would have given the Ravens the ball on their own 46 with about three minutes to play, a new set of downs near midfield with a three-point lead.

The Ravens have blown double-digits leads in each of their three losses this year, which is a remarkable achievement in and of itself. But both the offense and the defense share blame for that. They have four fourth-quarter turnovers in those three games, as well as a turnover on downs. Playing that sort of football, you can only put so much on your defense.