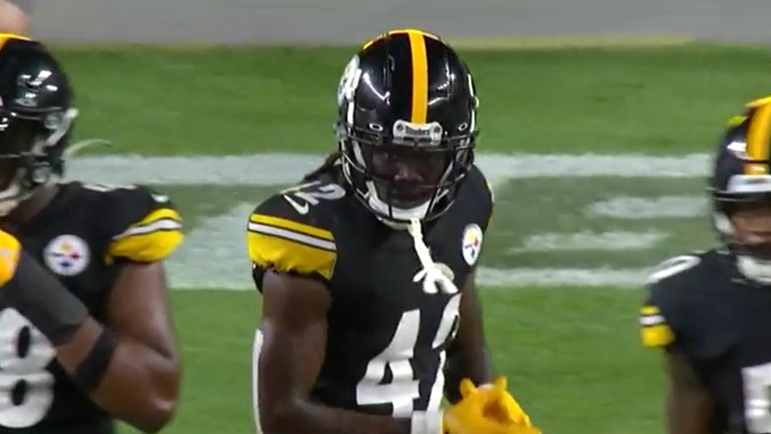 It’s hard to feel good about the Pittsburgh Steelers being 2-5. But even bad seasons have bright spots and CB James Pierre is bouncing back from a tough 2021 season. Put back into the lineup thanks to several injuries at corner, Pierre earned Mike Tomlin’s praise during Tomlin’s Tuesday press conference.

“We’ve been running thin at corner and he had an opportunity to ascend and he’s taken advantage of it,” he said via the team’s YouTube channel. “And that’s what this journey is about.”

Pierre was benched midway through the 2021 season after struggling to be a consistent cover corners, having mental lapses and giving up big plays. He was torched in the team’s 41-10 blowout loss to the Cincinnati Bengals and didn’t play a single defensive snap the rest of the season, relegated to a special teams role only. That’s how he began 2022, beating out Justin Layne for the final CB spot, but serving as a gunner/jammer for the first four weeks. Pierre didn’t play a single defensive snap until late in Week 5’s ugly loss to Buffalo. With the team missing its top three corners against Tampa Bay, Pierre started and played well. He started Sunday night’s game against Miami but rotated with Cam Sutton throughout the game, playing just over half the defensive snaps.

According to our charting, Pierre has been targeted twelve times this season with very positive overall numbers. He’s allowed just five completions for 41 yards with no touchdowns allowed for a QB rating against of just 51.0. Still a relatively small sample size but a far cry from the QB rating against Pierre last season, a crooked-looking of 113.4. Over the last five years, Pittsburgh’s UDFA pool has offered very few “wins” but Pierre is one of the better ones the team has had.

Like most young corners, Pierre took his lumps. But he’s never been short of talent with great size, good athleticism, and an underrated physicality to his game at the catch point and against the run. Though no team wants to deal with injuries, those issues opened the door to find more out about Pierre’s game and though he’s likely to settle into a more reserve role when the group is 100% healthy, depth in the room looks stronger. With Levi Wallace battling a shoulder injury and Ahkello Witherspoon’s hamstring injury still lingering, Pierre could be in the mix for snaps Sunday against the Philadelphia Eagles.

“One man’s misfortune is another man’s opportunity and he’s gotten some and probably gonna continue to get some as we deal with guys working their way back from injury.”