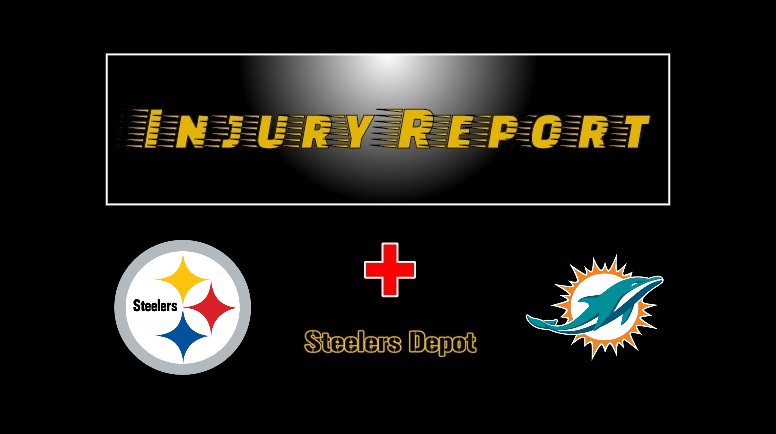 The Miami Dolphins will play their seventh game of the 2022 season on Sunday night, at home against the Pittsburgh Steelers, and on Wednesday, they released their first official injury report of Week 7 with a whopping 16 players listed on it.

Not practicing on Wednesday for the Dolphins were tackle Terron Armstead (toe), cornerback Keion Crossen (knee), linebacker Melvin Ingram (not injury related/rest), defensive end Emmanuel Ogbah (back), and defensive tackle Christian Wilkins (hand). Of those four players, Armstead was the only one to miss the team’s Week 6 game so his status bears watching the remainder of the week.

On Wednesday, Dolphins head coach Mike McDaniel was asked specifically about injured cornerbacks Crossen and Kohou during his press conference.

“They both really want to play,” McDaniel said. “They both definitely have a chance to only because they are trying to will themselves and it’s important to them. That’s one of the reasons we have so many good guys on the team that will fight through as much as possible. It makes my Wednesday, Thursday, and Friday pretty questionable. But we’re all comfortable adjusting. There’s a lot of people working on the ship going in one direction.”

McDaniel was also asked about Waddle’s status on Wednesday.

“He’s a tough competitor,” McDaniel said. “A tough, very tough kid. I’m very confident that if he is able to, he will (play). I’m optimistic. I don’t expect to see much from him today, but technically, I’ve already seen him a couple times today. He’s going to be working diligently. It’s important to him to play with his teammates. He’s a hard – as you guys have noticed at the end of training camp, he’s a hard guy to really, you really have to be in front of everything with him and be his own voice of reason, because he likes to push stuff. We like guys like that, because our medical staff can do their jobs and keep them out of harm’s way.”

Quarterback Tua Tagovailoa was not listed on the Dolphins Wednesday injury report after missing the last two games with a concussion. He is expected to start Sunday night against the Steelers.