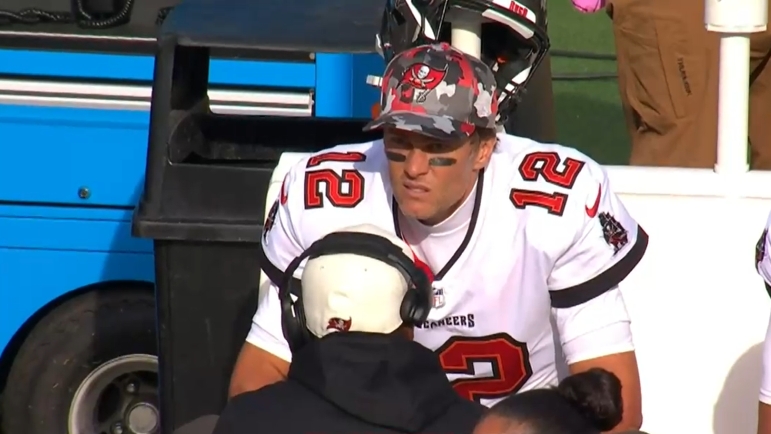 It’s only fair as the Steelers had dropped four-straight games after sneaking out a narrow overtime victory Week 1 against the Bengals, failing to put it together on offense and defense for a team that has looked lost since losing T.J. Watt to a pec injury on opening weekend.

After getting decimated by the Buffalo Bills on the road, Pittsburgh faced the dauting task of playing the Buccaneers, Miami Dolphins, and Philadelphia Eagles before their bye week. All three teams appear to be playoff contenders, and the Bucs had Pittsburgh’s kryptonite in Tom Brady who has caused the Steelers pain and misery for the last two decades.

Vegas saw this game the same way the general public did and moved the line throughout the week more in the Buccaneers’ favor, closing with Pittsburgh as a 9.5-underdog at Caesars Sportsbook.

The Steelers are going to close as at least 9 point home underdogs today, which will bring to an end one of the longest NFL streaks.

The Steelers have gone 265 games without being a home underdog of 8 or more points.

However, Pittsburgh had other plans.

Much like how a little boy named David managed to slay the giant Goliath with just a couple stones and a sling shot, the Pittsburgh Steelers upset the GOAT Tom Brady and the Buccaneers Sunday at Acrisure Stadium with most of their starting secondary out of the game and QB Kenny Pickett getting knocked out halfway through with a concussion. No one predicted it to happen, but Pittsburgh somehow came away the victors against a team many thought we could see represent that NFC in the Super Bowl.

Tom Brady had his worst game ever against the Steelers today.

Immense credit to this defense for battling all 60 minutes. I doubted them. I was so wrong. #Steelers

How impressive of an upset was this win for Pittsburgh? Well, per EPSN’s Brooke Pryor, Pittsburgh’s win at home against the Buccaneers Sunday was their largest upset win since 2005 in the Divisional Round vs. the Indianapolis Colts, the same season Pittsburgh went on to win the Super Bowl as the first-ever sixth seed in the playoffs to accomplish such a feat.

The Steelers closed as a 9.5-underdog at Caesars — their largest home underdog margin since 1970.

In beating the Bucs 20-18, the Steelers had their largest upset win since 05 Div Round vs. Indy when they were 9.5 dogs.

It's also now the largest upset in the NFL this season.

This doesn’t mean that Pittsburgh will turn things all-the-way around to contend for a playoff berth this season, as we know this team is plenty capable of dropping games to teams that they should beat (IE New York Jets). However, this is yet another example of the resiliency of a Mike Tomlin coached team, never saying die even when everyone was counting them out.

For a team that seemed destined for a top five draft pick this spring, perhaps the Pittsburgh Steelers could turn this thing around in a similar fashion to last season where they finished 9-7-1 after a 1-3 start or in 2019 when they finished 8-8 after started 0-3. Sure, many may want the team to tank for a higher draft pick, but with a head coach like Mike Tomlin who always wants to field a competitive team and an owner in Art Rooney II who remains adamant on never going through a complete rebuild, Pittsburgh has shown that they still have a backbone and the grit to overcome long odds to win big time games.