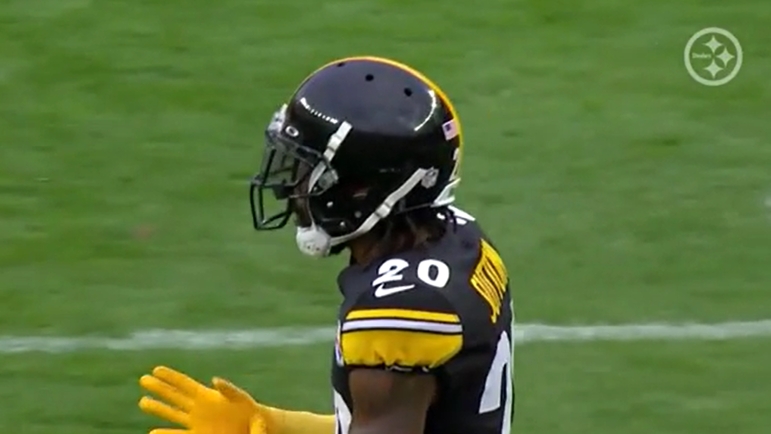 Cam Sutton is as frustrated as anyone. But he isn’t giving up on the Pittsburgh Steelers’ season. He’s not blind to the issues and knows the team must make drastic changes to turn their year around. Speaking to reporters Monday, Sutton spoke about the state of the Steelers.

“The situation we have control of is having a better outcome,” he said as shared in Teresa Varley’s blog for the team site. “It’s not the situation we had foreseen ourselves in or want to be in. It’s one week at a time. There is plenty of ball left ahead of us. But we have to buckle down.”

It may be just five weeks into the season, but the Steelers have far better odds of the first overall pick than a playoff spot. They sit alone in the bottom of an AFC North, a division that doesn’t look as fierce as it did heading into the year, but a group that sure looks better than Pittsburgh. The Steelers are 1-4 for just the third time since Chuck Noll retired. They’re not just losing but getting blown out by halftime. As we pointed out a earlier today, the Steelers have trailed by 23+ points at halftime in four of their last twelve regular season games. That doubles what the Steelers had done over a 30-year span from 1991 to 2020.

Number of times the Steelers trailed by 23+ at halftime:

Doubled 30 years of history over their last 12 games. https://t.co/7IyRlAbqig

While not included in Varley’s blog, Sutton used some more colorful language to describe what the team must do. Here’s what he told reporters via ESPN’s Brooke Pryor.

Cam Sutton was as down as I've ever seen him in the locker room today:

"It's not about what we say. I know it's not about me. You guys asking me a lot of Qs and what I think we should do. It's about us playing f—ing football. Excuse my language. That's what it comes down to."

Pittsburgh’s defense will try to get back on track at home in Week 6 against the Tampa Bay Buccaneers, an offense that’s sputtered this year. Then again, it’s Tom Brady, historically not a “get-right” matchup for the Steelers.

Pittsburgh figures to deal with a long list of injuries heading into the weekend with four current injuries to their secondary in Ahkello Witherspoon, Terrell Edmunds, Levi Wallace, and Sutton himself. Witherspoon has been out since Week 4 while Edmunds missed Sunday with a concussion. Wallace now joins him in the protocol while Sutton battled through a groin/hamstring injury and failed to finish out the first half. It forced the Steelers to rely on Josh Jackson and James Pierre, two guys who may be in line to play heavy snaps this weekend. Pittsburgh hasn’t started 1-5 since 1988.