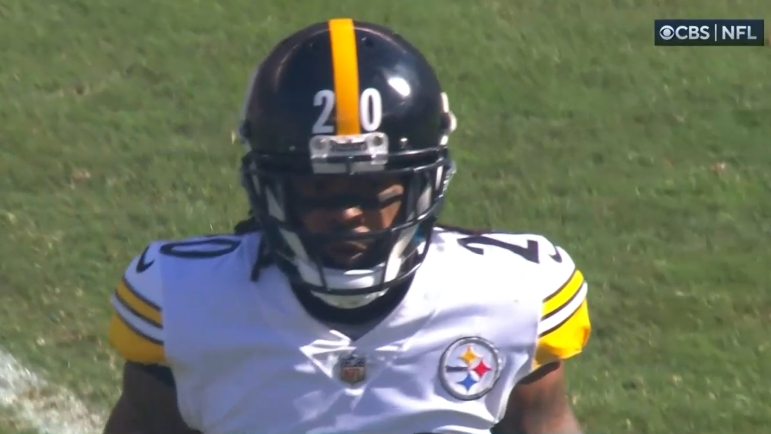 The Pittsburgh Steelers find themselves spiraling after losing in embarrassing fashion to the hands of their in-state rival Philadelphia Eagles Sunday afternoon, getting run out of town by a score of 35-13. The offense continues to look lost after failing to protect Kenny Pickett in the pocket as well as once again abandoning the running game due to its ineffectiveness. The defense wasn’t much better, allowing A.J. Brown and Jalen Hurts to connect on three TD passes in the first half.

Fans, media analysts, and sports fans in general are getting frustrated with Pittsburgh’s lack of execution and mediocre play in this dismal start to the season. CB Cam Sutton is sick of losing as well, but he says it’s not for a lack of effort by him or his teammates.

“Something’s got to give, man,” Sutton said to the media Friday in the locker room on video from Steelers.com. “Yeah, something’s got to give. So, I mean, just keep coming back. Guys are playing with a lot of effort. Guys are playing, you to their best abilities and I don’t know. It’s just obviously frustrating, but just come back after the bye week and get like back on the right track.”

When it comes to effort, I would tend to agree with Sutton. During the game, you saw players like WR Chase Claypool blocking his butt of for his teammates. You saw guys like OLB Malik Reed giving it his all to get pressure on the QB or DL Cam Heyward doing his best to clog up running lanes in the middle and push the pocket.

However, I won’t agree with Sutton’s comments about the Steelers playing to the best of their abilities. Pittsburgh has nine accepted penalties for 60 yards and lost the turnover battle 2-to-0 to Philadelphia who had the best turnover differential in the league coming into Sunday’s game. The offensive line looked lost in what was their worst performance of the season and Minkah Fitzpatrick even missed several plays against A.J. Brown in this game. CB Ahkello Witherspoon got benched for his play covering Brown, showing that this team isn’t exactly playing to the best of their abilities at the moment.

‘Not Even Giving Us A Chance To Be Successful’: Kenny Pickett Fed Up With Mental Errors, Penalties

Sutton has a right to be frustrated, but at some point, this team needs to take a long, hard look in the mirror to see what they doing currently isn’t working. Pickett mentioned diving back into practice habits, getting into the playbook more, and doing more film study to avoid self-imposed mistakes.

In order for something to give and get this team back in the win column, the players themselves need to put in more effort into honing their craft as individuals and syncing that up as a collective unit to play winning football. Pittsburgh will get a week off and then attempt to do just that when they come back from the bye against the New Orleans Saints.