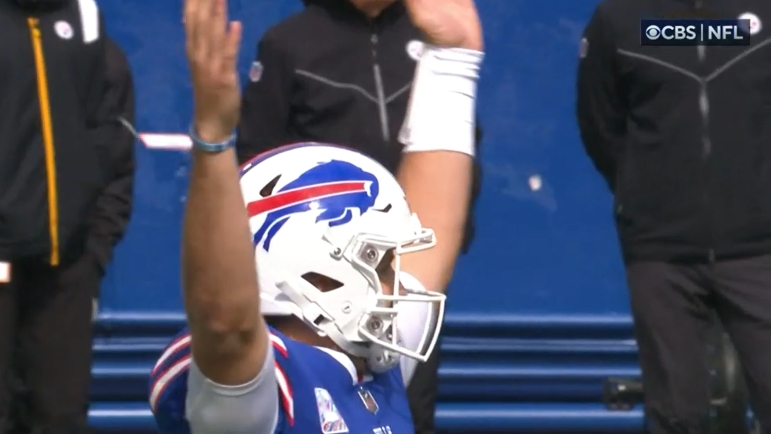 You gotta wonder if Cam Heyward is enjoying the idea of a podcast as much as he did at the start of the summer. Heyward released his latest episode of Not Just Football, Heyward discussed his butt tweets, scrums, and the team’s 1-4 start and humiliating loss to the Buffalo Bills Sunday. Not the most fun topics to discuss.

On the team’s 38-3 defeat to Buffalo, Heyward discussed the many, many…many, many things that went wrong.

“Rough man, to say the least.” Heyward said. “If I could go through some of these plays. Started the game off, we kickoff, you can’t ask for a better start from your kickoff unit. They fumble the ball, and then are placed on their what, two yard line. First and second down go our way…Gabe Davis gets off the line. And the rest is history in that. He gets past our secondary and he is a deep threat target and he made us pay.”

Three offensive plays into the game and Davis housed one from 98 yards out, the longest touchdown pass the Steelers have allowed since 1966. As we broke down, Pittsburgh appeared to have a bracket coverage, but their safeties were shallow and Tre Norwood, filling in for Terrell Edmunds, took a bad angle. Davis and his speed blew past he and CB Levi Wallace into the end zone.

But it wasn’t the only house call Davis would make. Later in the game, he found the end zone from 62 yards out, wrestling the ball away from FS Minkah Fitzpatrick. Heyward offered a brief overview of that play, too.

“Another call we had, we’re in a three high safety look. Josh Allen’s able to deliver a ball across the middle. And that play goes for another touchdown for 60 yards.”

How the Steelers gave up a 62-yard touchdown drooping eight into coverage is anyone’s guess.

As Heyward later noted, though keeping Allen contained inside the pocket was a key goal of the Steelers’ defense, Allen has an incredible arm and the ability to make plays between the tackles. Both of those long touchdowns weren’t streetball scrambles but on-time throws at the top of his drop. Losing possession downs were also a big driver of the loss, Heyward said, in combination with giving up the big play. Eleven plays of 20+ yards, the most allowed by any defense this season and the most the Steelers have given up in more than a decade.

Pittsburgh will face Tom Brady this weekend, a classic pocket passer with a good arm. The Bucs’ weapons are healthier with WRs Mike Evans and Chris Godwin back in the lineup while Julio Jones could return, though his status remains unclear. Even through their struggles, the Steelers’ defense has kept scores down this year. But the road is getting narrow and the schedule tougher, and they’ll have to find a way to clamp down if Pittsburgh wants to break their ugly losing streak.