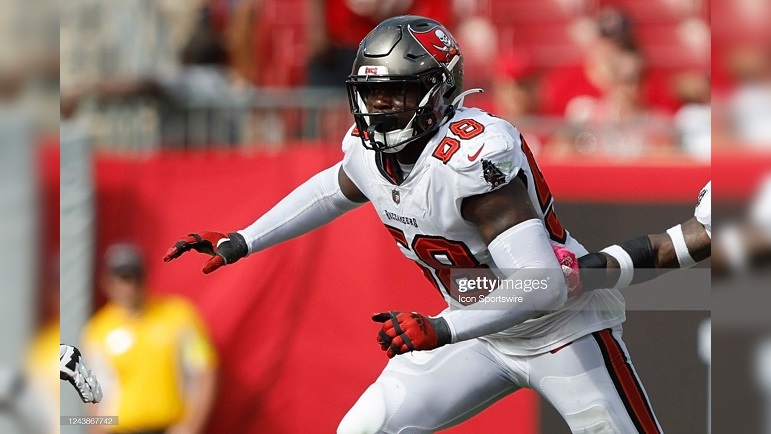 The Tamps Bay Buccaneers made an addition to their injury report on Saturday, and it includes one of the team’s best pass rushers being added to it.

According to the Buccaneers, outside linebacker Shaquil Barrett (illness) has been added to the team’s injury report and is questionable to play on Sunday.

Barrett enters week 6 with 21 total tackles on the season in addition to two sacks, three tackles for loss, five quarterback hits and a forced fumble. Barrett has 53.5 career sacks.

The Buccaneers already ruled out a few defensive players for Sunday’s game against the Steelers in safety Logan Ryan (foot), defensive lineman Akiem Hicks (foot) and cornerback Sean Murphy-Bunting (quad). additionally, safety Mike Edwards (elbow) was listed as questionable on Friday. On the offensive side off the football, wide receiver Julio Jones (knee) closed out Friday as doubtful on the team’s injury report.

The Buccaneers signed former steelers outside linebacker Genard Avery to their 53-man roster from their practice squad earlier in the week and he would likely see playing time on defense on Sunday should Barrett wind up not playing.