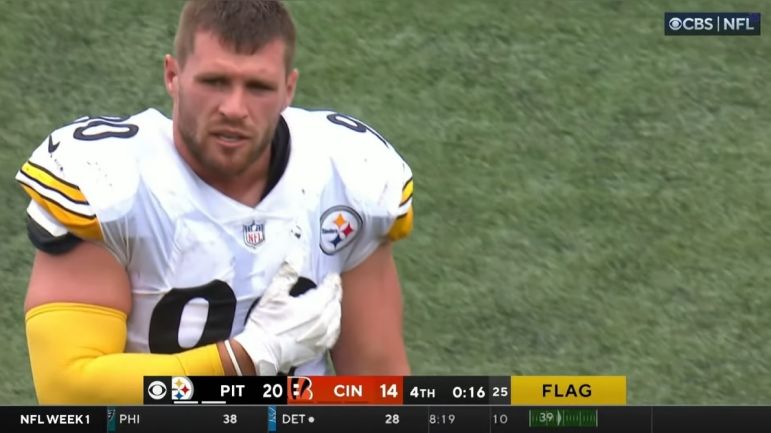 T.J. Watt’s no stranger to long-term injuries but he hasn’t been sidelined since his college days. Though he’s battled injuries throughout his NFL career, his Week 1 pec injury was the first multi-week injury of his professional career, changing Watt’s perspective and appreciation for the game once he returns to the field.

Speaking to reporters Friday, Watt said it’s been hard to sit and watch.

Watt suffered a partially torn pec in the Week 1 opener against the Cincinnati Bengals and hasn’t played since. He underwent knee surgery along the way, potentially delaying his timeline. His window to return opened up earlier this week, practicing since Wednesday, though Watt isn’t sure if he’ll suit up this weekend against the Philadelphia Eagles.

Since entering the league in 2017, Watt had previously missed no more than two games in a season. But he’s been playing hurt more often in recent years, battling groin, hip, and rib injuries in 2021. He officially sat out of only two full games but missed halves of others. This year, he’s missed the last six games and potentially a seventh.

While that’s hard for any player, Watt can lean on the injuries he dealt with during his college days. He battled repeated knee injuries at Wisconsin, ones that nearly led him to medically retire, before finally getting healthy late in his Badgers’ career. Though Watt didn’t speak on it Friday, it’s logical he called on those tough times to get him through this one.

What’s made it doubly difficult is watching the Steelers struggle without him. They’ve gone just 1-5 with Watt injured this season and a pass rush that’s seen the bottom fall out, on pace for 29 sacks after sitting at 50+ the previous five straight years. The sooner Watt can return, the better, though he’ll have to be medically cleared for that to occur. If his value wasn’t evident before with him, it’s sure clear now that the Steelers have played far too many games without him.