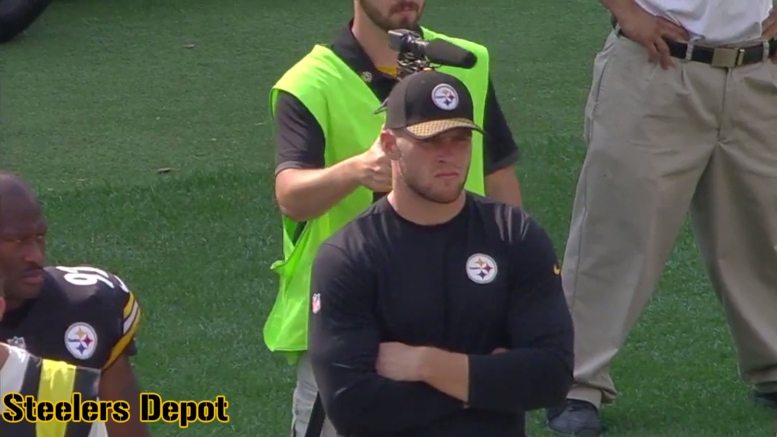 The game of football is a fickle thing.

Football is a game of volatility and variance as both teams rely on eleven men to execute their specific jobs on a down-to-down basis better then the men they line up against on the opposite side of the line of scrimmage to put themselves in the best position to win the game. The game of football is spontaneous, as is other sports, having crazy plays occur that no one could have predicted that could change the complete momentum of the game from one sideline to the other, taking one team looking at certain defeat to victory.

The same can be said for injuries that occur while playing the sport. Obviously, some injuries can be prevented with proper strength and conditioning progressions as well as rehab/injury prevention work done to compliment the sport training to decrease the overall chances of an injury being sustained. However, not all injuries are preventable. I personally suffered a cracked patella on my left knee in high school after an offensive lineman cut me down at the line, going head-first into my kneecap and separating the bone in two pieces.

The rehab to follow can be just as draining on the mind as it is to the body as one fights back to full health, hoping to get back on the field at the same level they were at pre-injury. This was the case for reigning DPOY T.J. Watt when he started his career at Wisconsin, facing adversity before he ever got the chance to shine in the spotlight. In a recent interview with Peter King of NBC Sports, Watt was asked about why he didn’t see the field in his first two seasons with the Badgers, Watt explained that it was more than just a redshirt that held him back from seeing the field.

“I needed a redshirt,” Watt told King of NBC Sports which was also shown on the company’s YouTube channel. “I was a young 18-year-old kid going up against 22-year-old grown men. I needed to just develop and then during bowl prep of my freshman year, I had a MPFL repair. I tore my MPFL, it’s basically dislocating your kneecap so it pops out like this, then you get these nice scars here.”

Watt then showed King the scars on his right knee after having the Medial Patellofemoral Ligament repair to correct a recurring kneecap dislocation. MPFL reconstruction uses a tissue graft to reconstruct the ligament and hold the kneecap in the correct position on the femur. According to Watt, he actually tried to have the issue heal itself naturally without the use of surgery first before settling to do the surgery after the condition continued to worsen.

“It felt brutal,” Watt said to King detailing the injury. “I actually didn’t get the surgery until it tore like two-or-three times. So, I waited, try to recover from it and then came back in spring ball and same thing happened to the other knee and then eventually it got to a point where I just said, ‘We need to get the surgery’.”

When you know that a surgery is going to put you on the mend for several months as an athlete, you often try to see if you can press through it and stay on the field. As a three-star prospect according to 24/7 Sports, Watt wasn’t guaranteed anything in terms of playing time by the coaching staff. He was recruited as an athlete, so he had to make an impression at whatever spot he saw reps at just to get a chance to see the field. Even after battling back from the injury, Watt would end up getting moved from TE where he started his college career to OLB because the options ahead of him were considered better for the team at the time.

The move proved to be lightning in a bottle for Watt as he went on to have a great season in 2016 in his only year starting on defense, like what his older brother J.J. did when he started his career as a TE at Central Michigan before transferring to Wisconsin to play on the defensive line. Still, before he could ever have those visions of grandeur where he dominated on the defensive side of the football to make himself a first-round draft pick, Watt admitted to King that he thought his career was possibly over before it really started.

“Of course,” Watt responded to King when asked if he thought his career was doomed after the injury. “It was a situation where I said, ‘I’m going to get the surgery on the left one so now both are surgically repaired. And if it tears one more time, I’m done. I’m not going to go through this my whole college career’. This sucks having to be on crutches for three months at a time and that was basically when I made the commitment to myself that I was going to dedicate my life to football and trying to be the best player that I could be.”

Often times, we must face our greatest pain in order to develop the resiliency to rise from the adversity we face and become the successful men and women we can become. In the case of T.J. Watt, he found himself an arrow being pulled back on a bow string, being redshirted and having to overcome injury after injury, feeling as if there was no hope for his football career.

However, that tension in the string made Watt resilient and gave him that vision to dedicate himself to the process of rehabbing his way back to be the best player he could. That decision to stick to it despite the adverse conditions was the tension that shot him forward in the analogy of a bow and arrow, developing the dedication and relentless work ethic that made him a starter at OLB for the Badgers, a first-round draft pick by the Pittsburgh Steelers, and eventually a perennial DPOY candidate who just tied the single-season sack record.

So, when you see Watt logging extra reps on the sidelines during training camp or see him busting his butt in the weight room during the offseason, know that it was through much adversity that he has become the player as well as the man that he is today. Pittsburgh is known for being a blue-collar city with hard working people who don’t complain and just do the work. The Rooneys have created their franchise to uphold those characteristics, having guys like Hines Ward and James Harrison play to that standard. T.J. Watt is the next man up from that perspective, and the rest of the team would do well to learn his story and follow his example of a player that never quit.