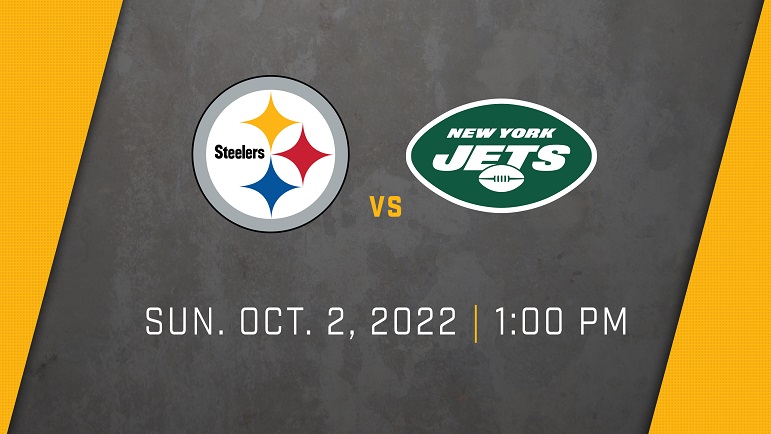 The Pittsburgh Steelers narrowed the gap between them and the New York Jets with a late interception in the first half by Cam Sutton followed by a massive 59 yard field goal for Chris Boswell.

Overall the game has been frustrating for the Steelers as much of the same issues continue to plague their offense and defense. Poor 3rd down offense and a defense that is vulnerable to runs up the middle.

Michael Carter went up the middle on 1st down for just a yard. Minkah Fitzpatrick jarred the ball loose to force an incompletion on 2nd. On 3rd and 9, the pass went incomplete intended for Garrett Wilson. The Jets punt was fielded by Gunner Olszewski. He span into contact and fumbled, but it was recovered by the Steelers.

Out comes Kenny Pickett! Tomlin is officially benching Mitch Trubisky. The offense has been completely unacceptable through 7 halves this season, so its time for a https://twitter.com/steelers/status/1576644534162767876change.

#8 Kenny Pickett is in the game at QB.

On 1st and 10, Pickett handed off to Najee Harris up the middle for about 4 yards. Harris again on 2nd to make it 3rd and 1. No gain. 4th and 1 and the offense is staying out. That is pretty aggressive for Pickett’s first drive. Pickett with the QB sneak to convert. Gutsy call.

Diontae Johnson on the jet sweep. CJ Mosley with the late helmet to helmet, so another 15 yards tacked onto the end of the play. On the 49 yard line in Jets’ territory. Pickett dialed up a deep pass to Chase Claypool. It bounced off his hands and into Jordan Whitehead for an interception.

Central Valley’s own Jordan Whitehead making a pick back in his hometown.

3rd and 6 upcoming for the Jets, Wilson threw an interception to Minkah Fitzpatrick. It was returned for a touchdown. Penalty was offensive pass interference, but declined. Ruled a touchdown on the field. It looked borderline if he stepped out. He was out at the four yard line.

On 1st and goal Pickett complete to Zach Gentry for two yards. Najee Harris up the middle for another couple yards. Kenny Pickett with another QB sneak for the touchdown. 13-10 Steelers.

Was criminal for the CBS production crew to miss this moment live. #Steelers pic.twitter.com/NzIU7xmSBw

On 3rd and 5 for the Jets, Wilson connected with Tyler Conklin for 18 yards.

On 2nd and 5, Alex Highsmith nearly in for the sack, but an incompletion. 3rd and 5, false start. 3rd and 10 the pass fell incomplete, nearly picked off by Minkah Fitzpatrick on the deflection.

Steelers get the ball at their own 18 after the interception. Pickett complete to Freiermuth for 14 yards on 1st down.

Pickett complete to Freiermuth again for 4 yards, but nothing on 2nd down for Najee Harris. 3rd and 6, Pickett scrambled for 7 yards and a conversion. Nice to see some quarterback mobility actually netting positive returns.

On 1st and 10, Jaylen Warren up the middle for just one yard. On 2nd, Pickett found Pickens for 5 yards. 3rd and 4 upcoming, Pickens targeted again to pickup 13 and convert.

Now in the redzone, on 1st and 10 Kevin Dotson called for ineligible man downfield. On 1st and 15, Harris up the middle for 4 yards.

Another connection from Pickett to Freiermuth on 3rd down with pressure in his face for 18 yards. Pickett rushed for 2 yards and a touchdown the next play. He fought through a couple tacklers to score, too. 20-10 Steelers.

Kenny Pickett with a big third down conversion to Pat Freiermuth. Makes the play under pressure and lets the Jets know about it. Ice in his veins. #Steelers pic.twitter.com/NdDUQ4hVu7

Pickett standing strong in the pocket and delivering a STRIKE to Muuuuth 🗣 pic.twitter.com/hBweZr1S5s

Zach Wilson has the ball back at his own 19 yard line. Garrett Wilson picked up 35 yards with a catch and run. Jets now in Steelers’ territory.

1st and 10, the pass fell incomplete. Devin Bush in coverage. 2nd and 10, Chris Wormley tackled Breece Hall in the backfield for a loss. 3rd and 14, Wilson scrambled for about 7 yards, but he was tackled well short of the sticks. 4th and 7, they line up to go for it. Complete to Corey Davis for a first down. Big conversion to keep the Jets in this game. Now in the red zone, Breece Hall around the left end stepped out at the 2 yard line.

Pickett scrambled on 1st down for a gain of three yards. He nearly caught the edge along the sideline but Quinnen Williams met him at the sideline. Najee Harris up the middle for 4 yards. Pickett to Pickens on 3rd down for 26 yards.

The snap was aborted on 1st down recovered by Jaylen Warren for a loss of five. On 2nd and 15, the tip drill resulted in an interception. It hit Pat Freiermuth in both of his hands before being picked off.

Zach Wilson connected with Corey Davis over the middle for 15 yards.

1st and 10, Tre Norwood tackled Hall behind the line of scrimmage for a loss of two. On 2nd and 12, Wilson checked down to Hall for a 6 yard gain. 3rd and 6 upcoming on a huge play in this game. An 8 yard completion on 3rd to Tyler Conklin and Minkah Fitzpatrick was hurt on the play making the tackle.

Terrell Edmunds and Minkah are both out now. In a crucial defensive series, that is… not good.

On 1st and 10 on the Pittsburgh 38, Garrett Wilson complete for 5 yards. Block in the back called on Corey Davis to bring it back. 1st and 20, a check down to pickup 11. Cam Heyward hurt on the play. As Heyward walks off the field, Minkah walks back on the field. On 2nd and 9, a completion to Corey Davis to convert.

2nd and 5 from the 15 yard line, the one yard run with 5 yards tacked onto the end with a Tyson Alualu penalty. Breece Hall shot up the middle to pickup 7 yards. 2nd and goal from the 2 yard line. Cam Heyward is back on the field as well. Breece Hall fumbled the ball as he reached for the goal line. Timeout called by the Jets. 00:09 remaining and one timeout for the Jets remaining. The call was overturned from New York. 24-20 Jets.

Three interceptions were too much to overcome for the Steelers. All three of those interceptions hit receivers in both hands before bouncing into defenders.

The Steelers get the ball at the 25 yard line. Pickett complete to George Pickens for 27 yards. Pittsburgh burned their final timeout to kill the clock at 00:08. The Jets also call a timeout to get a little more time. Pickett threw the hail mary for another interception in the end zone.