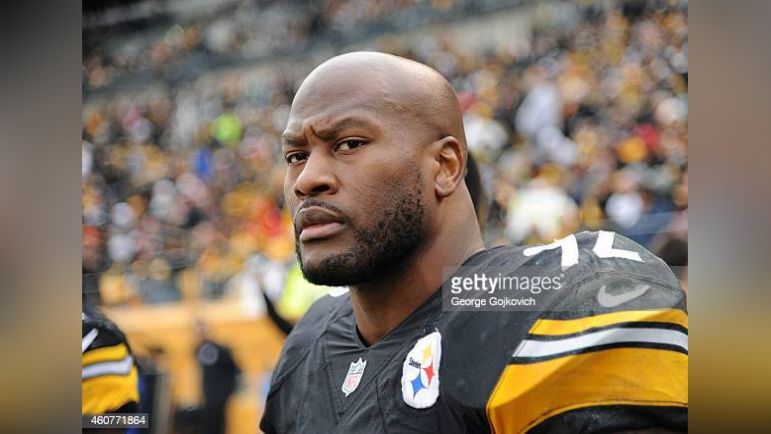 The Pro Football Hall of Fame recently released its list of 129 Modern-Era nominees, with several past members of the Pittsburgh Steelers earning a nod: K Gary Anderson, OLB James Harrison, WR Hines Ward, ILB James Farrior, NT Casey Hampton, and OLB Chad Brown. In November, the list will be significantly trimmed down to just a lucky few, 25 to be exact.

Though we’re still a couple months away from the Hall’s decision in the next step of the selection process, one can’t help but to wonder if there are any Steelers that are shoo-ins for this upcoming year. Or, if there are any that would likely make the cut within the next two, maybe three years, it’s a small group, but despite the stiff competition, there are at least two that should see their busts enshrined in Canton.

Let’s start with the most obvious and latest Steeler to see their name pop up, I’m referring to Harrison. From 2007 through 2011, there was no force more intimidating and mighty than Harrison. That particular stretch of Harrison’s career saw one of the best of any player at his position. A true force of nature in pass rushing, Harrison nailed opposing quarterbacks 87 times in terms of QB hits. His sacks total during that run was 54 along with 68 tackles for a loss. Even more remarkable was Harrison’s forced fumbles, 27 during those years. Simply put, Harrison was a freight train that could rarely, if ever, be contained.

In addition to his pass-rushing and turnover-inflicting nature, Harrison was just as dominant in coverage. He accumulated four interceptions and 12 pass deflections during that same period. Harrison’s extraordinary play was justly rewarded during that time as well, receiving five straight Pro Bowl nods along with the Defensive Player of the Year award in 2008.

While his stats, tape, and resume speak for themselves, Harrison’s history with the NFL could certainly pose a threat to his future enshrinement. Back in 2011, he was the first player to be suspended for violating the league’s ban on helmet-to-helmet hits. It’s definitely not the “first” you want on your profile. Who can also forget in 2016 when he was linked to allegations of using performance-enhancing drugs, which Harrison vehemently denied. It’ll be interesting to see if these stains hurt the former Steelers linebacker’s chances; as of now, his resume makes him one of the strongest candidates to make it within the next two to three years.

Another teammate of Harrison’s that has his own case for Canton is Hines Ward. Like Harrison, Ward’s reputation will surely play a role in whether he makes the cut. For those of you who might not recall, Ward was always regarded as one of the dirtier players in the league. Baltimore Ravens legend Ed Reed himself recently went out of his way to remind people of that fact. However, it could be said that many of those who’ve made it to Canton weren’t the cleanest players in their own right.

Simply put, Ward was arguably the greatest blocking receiver in history. He was more than just a reliable pair of hands for Steelers quarterbacks. Like Harrison, Ward had his own dominant stretch of seasons where he was catapulted to the next level of NFL wideouts. From 2001 to 2004, Ward caught 30 touchdowns, averaging nearly 12 yards per reception (11.8), and amassing 4,499 receiving yards in those years.

It could be argued that the competition at wide receiver is stiffer than at linebacker, especially when you look at Ward’s contemporaries. However, many of those players have seen their day in Canton already. Terrell Owens, Cris Carter, and Randy Moss have already been inducted. That isn’t so much to devalue Ward’s importance; rather, the aforementioned players were ahead of Ward statistically in some categories. Perhaps now, maybe within the next couple of years, Ward will get the knock on his door.