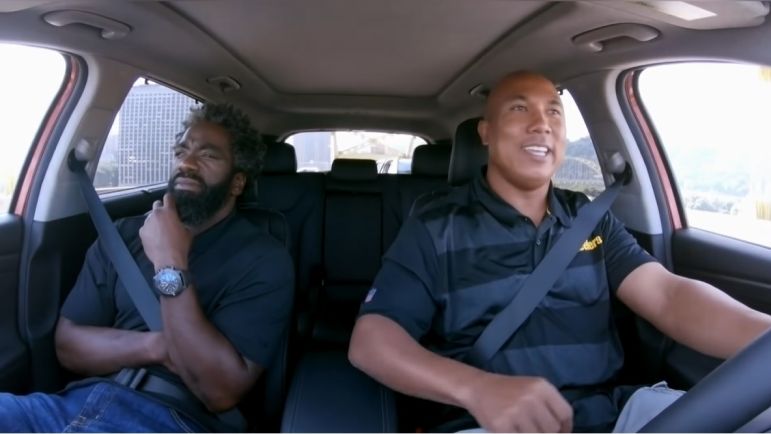 Ed Reed doesn’t seem mad about it. But he sure hasn’t seemed to forget. Reed played for the Baltimore Ravens during the height of their rivalry against the Pittsburgh Steelers, the two teams trading blows literally and figuratively. Appearing on The Dan Patrick Show Friday afternoon, Reed revisited that rivalry and the great battles he had with WR Hines Ward, though Reed doesn’t remember them as fondly as Steelers’ fans do.

“They had some dirty players over there,” Reed told Patrick  of the Steelers. “And that’s how they played the game.”

Reed said the Bengals/Steelers games were the dirtiest games he’s watched since the anything-goes era of the 70s and 80s, and the Steelers’ tactics there bled over into their games against Reed’s Ravens. During that era, Pittsburgh had some of the league’s fiercest and most feared hitters in OLB James Harrison, FS Ryan Clark, and SS Troy Polamalu. Of course, they had a hitter on offense too in WR Hines Ward, arguably the best blocking receiver in history. But Reed shared a different opinion on him.

“I don’t have to tell you Hines Ward was a dirty player. There was a rule named after him. I’m not harping on it, I’m not bitter about it, it is what it is. Even though he was dirty towards me, I never went back at him. As much as I could have, I never did.”

Reed’s of course referring to the “Hines Ward Rule” that outlawed blindside blocks after Ward’s vicious shot on Bengals’ linebacker Keith Rivers that left him with a broken jaw. It wasn’t his first such hit but it was the last one before the NFL intervened and made it an illegal play in the name of player safety.

In 2007, Reed felt the brunt of Ward’s blocking, woozily leaving the field after being leveled by him on a run play. Pittsburgh dominated the night in a 38-7 victory, setting the tone with big hit after big hit. Here’s a look at the hit with Ward reacting as soon as he finished the play.

Patrick asked Reed why he thought Pittsburgh played the way they did.

No rivalry was better or more competitive than the Steelers/Ravens, routinely playing in the toughest, nastiest, nail-biting games. For all of Reed’s barbs, the Ravens were far from choir boys either. Terrell Suggs was no angel and Ray Lewis…his accusations are well-documented.

While Reed is talking a lot of smack the Steelers way, he made it clear he’s had the very same conversation to Ward’s face.

“I’ve told Hines Ward this to his face. We hashed it out.”

In fact, the two even starred in a NBC feature piece in 2018, discussing their rivalry with Reed saying he had “the utmost respect” for Ward. The reality is the Steelers and Ravens respected each other but hated each other. All that mattered each year was beating each other and winning the division. If those missions could be accomplished in the same game, and if often did, even better.

Check out the whole conversation between Reed and Patrick below.