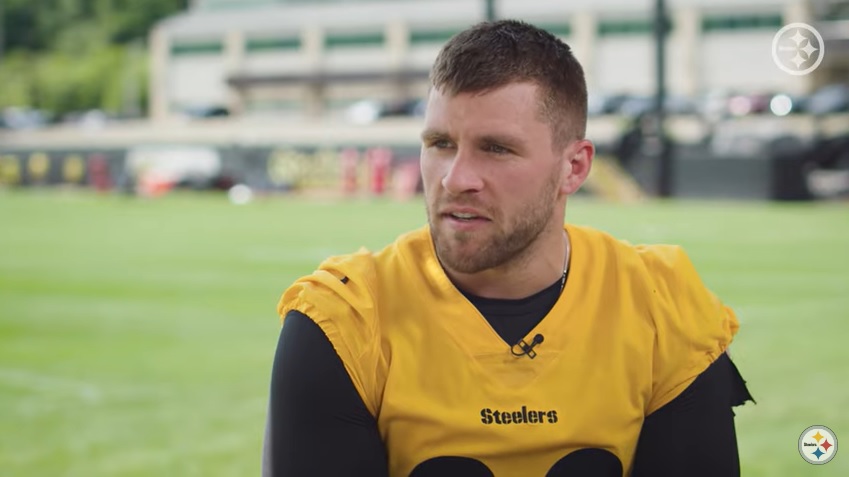 The Pittsburgh Steelers’ last three outings against the Cincinnati Bengals were, in a word, forgettable. The two matchups against the team’s AFC North rival in 2021 saw the defense struggle to contain eventual AFC Champion quarterback Joe Burrow and the Bengals’ high-flying offense. As such, opening the season with a victory against them will be a tall mountain to climb, especially given that the Bengals revamped their offensive line. Steelers standout outside linebacker and reigning Defensive Player of the Year T.J. Watt weighed in on this in a Steelers.com interview Wednesday.

“Yeah I mean it’s no secret that they have a pretty balanced offense,” Watt said when asked about the Bengal’s offense. “They have a lot of key players at the skills positions. They also revamped the offensive line with a lot of new faces. It’s going to be a tough challenge, we have to establish that we can stop the run, not only against the Bengals but in the whole season. That’s what setting the tone early means, and like I said, I’m very confident in that.”

As was the case with the majority of running backs they faced, the Steelers’ 2021 run defense struggled to contain running back Joe Mixon. Injuries to the likes of defensive tackle Tyson Alualu, inexperience, poor execution, and lack of depth were a recipe for disaster that Burrow and the Bengals took full advantage of in 2021. With the key additions of defensive tackle Larry Ogunjobi, linebacker Myles Jack, and defensive end DeMarvin Leal, it’s reasonable to expect an improvement against the run.

On the other hand, the Bengals receiving core is hard for any NFL defense to contain. Granted, the Steelers’ defensive backfield looks different than the one in 2021. The team will match up cornerbacks Levi Wallace, Ahkello Witherspoon, and Cameron Sutton against the Bengals’ daunted receiver trio. If nothing else, this matchup will be a tall challenge and very telling of what we can expect from the team’s pass defense.

The Steelers marching into a heavily favored opponent’s home field and matching up against an elite quarterback is not a foreign sight. In fact, one has to look no further back than the team’s more recent Week 1, when the 2021 Steelers matched up against the 6.5-point favorite Buffalo Bills in their home stadium and came out with a win. Watt was asked about the team’s defensive scheme in that game, and how the team can emulate the upset victory this coming Sunday.

“We definitely haven’t shown our full hand as far as stopping the run,” Watt said when asked about the team’s 2021 Week 1 defensive scheme against the Bills. “I’m very comfortable with where we are in the game plan, and where we’re at having the extra week to prepare for these guys. I’m just looking forward to righting the wrongs as far as the Steelers stopping the run.”

The Steelers employed “safe pressure” against the Bills in 2021, an unexpected game plan for the blitz-heavy team. With a new defensive coordinator in Teryl Austin, the team must pull something out of their bag of tricks to have a shot at containing the Bengals’ offense. This starts with Watt and the pass rush, who must apply consistent pressure to stop Burrow from taking the game over. It is reasonable to expect a better-than-stagnant offense in 2022 as opposed to 2021, which is certain to make the defense’s job easier. Simply put, however, the Steelers will need to be on their A-game this Sunday to have a shot at starting the season strong, and man would it be a strong start if they upset the reigning AFC Champions.