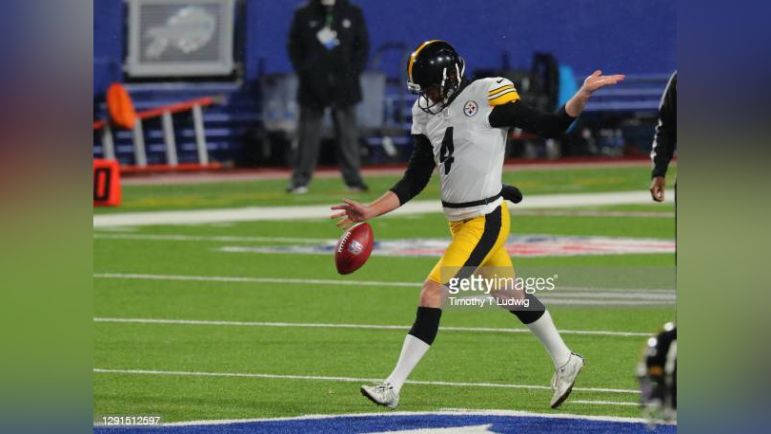 The Pittsburgh Steelers have officially signed veteran – and former – punter Jordan Berry to their practice squad. The team announced the move moments ago. In a corresponding roster move, the team released OLB Delontae Scott from the practice squad.

The move was first reported by the PPG’s Gerry Dulac Tuesday morning. Berry will serve as insurance against starter Pressley Harvin III, who suffered a hip injury during Thursday night’s loss to the Cleveland Browns. Speaking Tuesday, Mike Tomlin said the team was “monitoring” the injury and Harvin’s status seems up in the air for this Sunday’s game against the New York Jets.

Berry was the Steelers’ starting punter from 2015 to 2020, averaging 44.4 yards per punt. After losing out to Harvin during the 2021 summer, he signed with the Minnesota Vikings last year and enjoyed a career season, benefitting from punting indoors instead of outside during a Pittsburgh winter. He averaged 46.5 yards per punt for the Vikings but lost his job to the strong-legged Ryan Wright.

Scott had been elevated from the practice squad to the active/inactive roster each of the last two weeks, logging 16 total defensive snaps. His release likely means EDGE David Anenih is ready to suit up for the Steelers this weekend. He spent his first two games with the team as a gameday inactive.