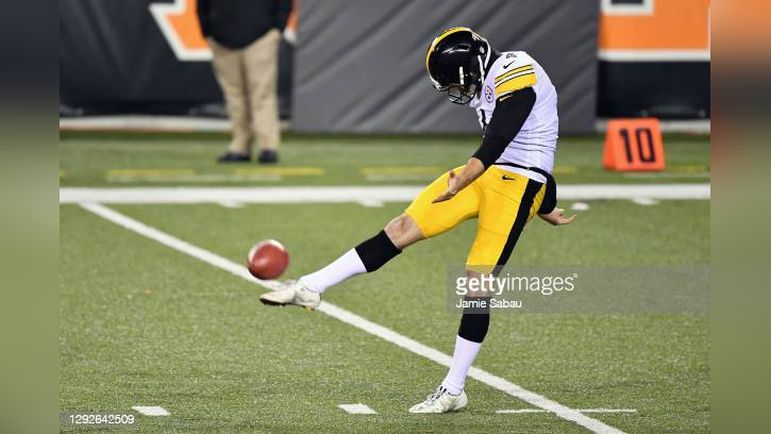 The Pittsburgh Steelers could have an old face as the team’s punter this weekend against the New York Jets. According to the PPG’s Gerry Dulac, the team is expected to sign punter Jordan Berry to their practice squad as insurance against Pressley Harvin III, who may have been injured in Thursday night’s loss to the New York Jets.

P Jordan Berry is at the South Side today and expected to replace Pressley Harvin, who apparently is injured, vs Jets.

Clarify: Jordan Berry will be signed to practice squad for now. https://t.co/VlB4T60Jd5

The nature or extent of Harvin’s injury is currently unknown. He wasn’t named by Mike Tomlin on the post-game injury report. Tomlin will be speaking to reporters in minutes and should provide an update.

Berry served as the Steelers’ longtime punter from 20215 to 2020, averaging 44.4 yards with the team. He lost out to Harvin during the 2021 summer, released by the team and picked up by the Minnesota Vikings. He shined with Minnesota last year, punting indoors and averaging a career-best 46.5 yards per punt. But he lost out on the starting spot this summer and was released.

It appears Berry will be kept on the practice squad to give the team time to evaluate Harvin’s injury. If he’s not healthy, Berry could be elevated to the 53-man roster without the team needing to make a corresponding move, though they will have to clear space on their practice squad.