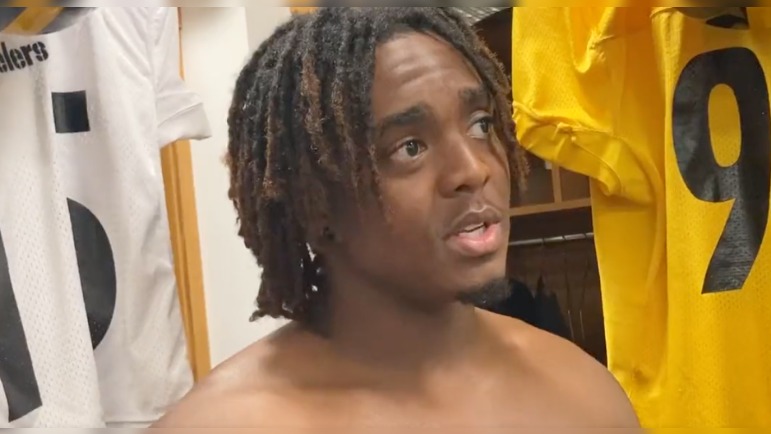 When the NFL is often referred to by the acronym Not For Long, players often jump at the opportunity to sign with a team to try and make an impact.

This is especially the case for undrafted free agents that are scratching and clawing to stick on an NFL roster, not being promised a long and fruitful NFL career. OLB David Anenih understands this, being a UDFA in 2022 who signed with the Tennessee Titans after the draft and was signed to the practice squad after the team released at the conclusion of the preseason. However, given the need the Pittsburgh Steelers have at OLB now with T.J. Watt expected to miss some time with a pectoral injury, the team elected to poach Anenih from the Titans this morning, signing him to the 53-man roster.

When asked how he planned on preparing for the upcoming game against the New England Patriots three days from now after just signing with the team this morning, David Anenih said that it all comes down to putting the time in to do the best he can in the role that he is asked to play Sunday.

“Ya, I mean just preparation and I’m going to be here all day today,” Anenih said on video Thursday before practice from Chris Adamski’s Twitter page. “I mean, I probably won’t leave here till later tonight. So, just going to learn special teams, everything about defense, and be ready for Sunday.”

David Anenih just got here an hour ago. As you might expect he’s excited to be here pic.twitter.com/HtyNAvs7Xn

Anenih quite literally jumped on the moving train this morning, being signed off the Titans’ practice squad to the 53-man roster. He will be expected to suit up against New England as Pittsburgh’s likely #4 OLB behind starters Alex Highsmith and Malik Reed, providing depth on defense and viable special teams plays with fellow OLB Jamir Jones.

Despite being signed to the practice squad, Anenih had a productive preseason in Tennessee, playing 116 defensive snaps and notching three sacks, four tackles, two batted passes, and two forced fumbles. He was expected to make the team’s 53-man roster, but was a surprise cut as Tennessee opted to claim Derrek Tuszka, who the Steelers cut, to the roster instead.

While Anenih may not play a large role right away as likely the fourth man on the depth chart, he still figures to see 8-10 snaps on defense given the need for a rotation at OLB. That snap count could increase given the fact that no one can adequately replace Watt’s production, or if Pittsburgh would need to play 90+ snaps on defense again in Week 2 like they did against Cincinnati. Either way, Anenih will have his opportunity to make his case to stick on an NFL roster going forward, starting Sunday against the Patriots.