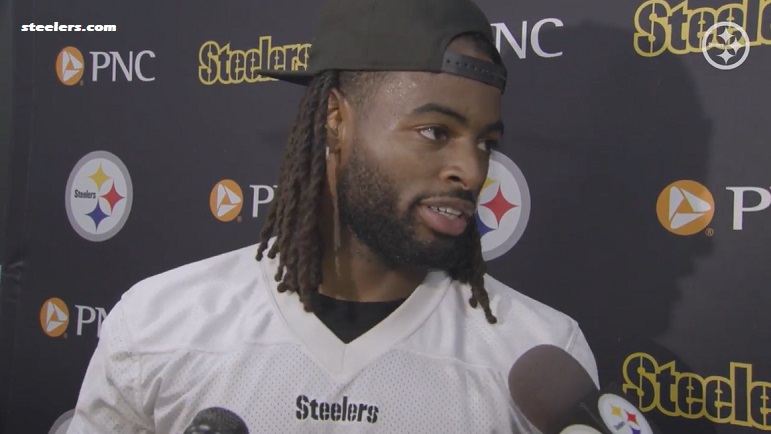 In the game of football, if you are not united together as a cohesive team, you don’t stand a chance against the opposition or outside forces looking to pull you apart. The Steelers are going through some trials to start the 2022 season, as the offense has been heavily criticized for their poor performance to date in terms of moving the ball effectively to sustain drives and successfully put points on the board.

When asked how comfortable Harris and the rest of the offense is currently with one another three weeks into the 2022 season with the New York Jets on their doorstep, Harris backed his guys on the offensive side of the football, telling the media that the outside noise is skewing the perception of the unit based on their recent performance.

“We’re really comfortable,” Harris said to the media on video from the team’s website. “You know what it is? I think it’s just the social media and the interviewers, like you guys. You guys are just kind of just breaking us apart in a way. Because you guys keep asking questions like this. We’re at a point where we’re building right now, we’re working on it, but you guys come in here and asking questions to all the receivers and all the guys and Mitch [Trubisky] about what’s not working. That’s not how you build and that’s not how you get better. You guys are breaking us up and we need to find a way where we can just stay together and come together as a team and focus on what needs to matter the most.”

Najee Harris isn’t afraid to put his neck out there for his teammates, defending them and stating that it is indeed the national and local media skewing the perception of fans out there that something is indeed wrong on the inside of the organization. Much has been made about OC Matt Canada’s play calls and whether he and Trubisky have a good working relationship in recent weeks given the offense’s struggles. Trubisky publicly backed his OC just this week after the loss to the Cleveland Browns, stating that Canada has been calling good games and the offense must execute better.

While there are a bunch of new faces on the offense including Trubisky at QB, OL James Daniels and Mason Cole, and rookie WR George Pickens, Harris isn’t blaming the offensive struggles on a lack of comfort with one another or due to a mistrust in a particular position group or coach doing their job. Rather, he suggests that the offense is building up to become a more stable, productive unit in the coming weeks, and that the media isn’t helping matters as it tries to sell a story of uneasiness and unrest amongst those in the locker room.

Stating that the team is looking to work out the kinks doesn’t sell headlines. Stating that Canada’s job as offensive coordinator is on the line or that Mitch Trubisky is a loss away from losing the starting job to rookie QB Kenny Pickett does. It’s a difficult position to be in, especially for Najee Harris, who has quickly become a fan favorite and is one of the most genuine, hard-working players on the team.

While Harris may have been able to choose better words to express his feelings here, I do understand the point he is trying to prove, as an old African Proverb states, “If there is no enemy within, then enemy on the outside can do us no harm.” Here’s hoping the rest of the team recognizes Harris’ efforts to subdue the outside noise and use it as a rallying cry to silence the critics in a matchup against an exploitable Jets defense this Sunday.