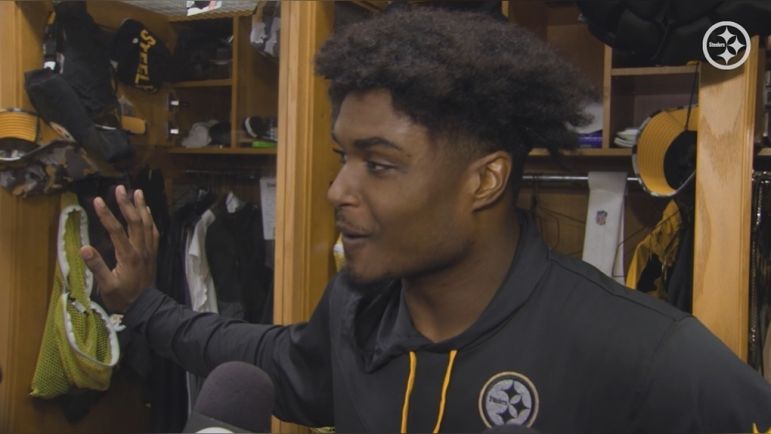 Though a 1-2 record is far from where the Pittsburgh Steelers would like to be, Myles Jack isn’t freaking out. No stranger to playing on teams who have struggled, Jack is confident Pittsburgh’s season can turn around. And all the problems they’ve encountered are wholly correctable. Speaking to the media following Wednesday’s practice, Jack said the defense has more self-inflicted wounds than anything else.

“The mistakes that we made, we can easily clean them up,” he said via Steelers.com.

Pittsburgh’s defense has certainly been the better of the two sides of the ball through three weeks, but they’ve struggled without T.J. Watt. The run defense and pass rush have suffered without him, getting rolled on in the second half of losses to the Patriots and Browns while having trouble sustaining pressure, with just two sacks over their last two games. But Jack doesn’t see the issue as a lack of talent as he does a lack of execution. Steelers beating Steelers.

“We’re giving teams things as opposed to them just straight up beating us.”

Jack said the team worked on being more assignment and gap sound in the run game since last Thursday night’s loss to the Cleveland Browns. Through three games, the Steelers are allowing 4.2 YPC, a respectable figure, but one that doesn’t tell the whole story. Damien Harris and the Pats’ run game ran out the clock in Week 2, while the Browns’ run game got going in the third quarter of Week 3, with Nick Chubb rushing for a career-high 113 yards against the Steelers, keeping Cleveland’s offense on schedule.

Overall, Jack’s play has been good though not spectacular. Volume is certainly a worthwhile word for him, picking up 35 tackles through the first three games. Since tackles were officially tracked since 1987, it’s the most tackles by a Steelers’ defender in the first three weeks of a season. Here’s the top three:

Jack and the Steelers’ front will look to minimize a Jets’ run game looking to establish a more consistent ground game after playing from behind the first three weeks of their season. They’ll enter with a two-headed attack of Michael Carter and rookie Breece Hall. Both players are tough and run hard, and the Jets will occasionally employ both on the field.