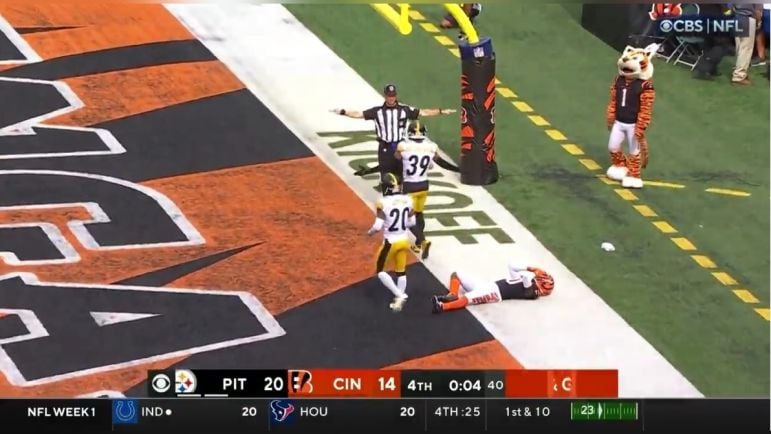 Minkah Fitzpatrick’s wallet isn’t any lighter coming out of Week One. Despite twice being flagged for unnecessary roughness calls in last Sunday’s win over the Cincinnati Bengals, Fitzpatrick was not fined by the league.

Minkah Fitzpatrick was not fined for either roughness penalty or his unpenalized hit that concussed Higgins. https://t.co/QFpONIiKdN

Fitzpatrick was twice called for illegal hits to the head of a defenseless player, once on WR Tyler Boyd on Cameron Sutton’s INT and late in the game again on Boyd on a hit to break up a pass in the end zone. As Jay Morrison’s tweet notes, Fitzpatrick wasn’t fined for his hit on WR Tee Higgins either. The hit didn’t draw a flag but Higgins was forced to leave the game with a concussion.

While Fitzpatrick made illegal contact above the neck, there was no helmet-to-helmet or egregious/intentional contact, likely the driving reason why he was not fined by the league. Earlier in the week, Fitzpatrick called the penalties “terrible” and later sarcastically asked a ref if a hit he had on WR Mike Thomas was clean.

WR Ja’Marr Chase was fined twice for post-play actions, costing him him roughly $24,000.

#Bengals WR Ja’Marr Chase received two fines this past week, both for unsportsmanlike conduct. The first was for $13,261, the second listed was $10,609.

Chase was caught giving Fitzpatrick the double-bird and also ripped the mouth guard out of a Steelers’ defender mouth, leading him to be fined twice. All fines go to a charity of the NFL’s choosing and are set as predetermined amounts that increase annually.

No Steelers’ player has been fined this season. We’ll see if that continues following tomorrow’s game against New England.