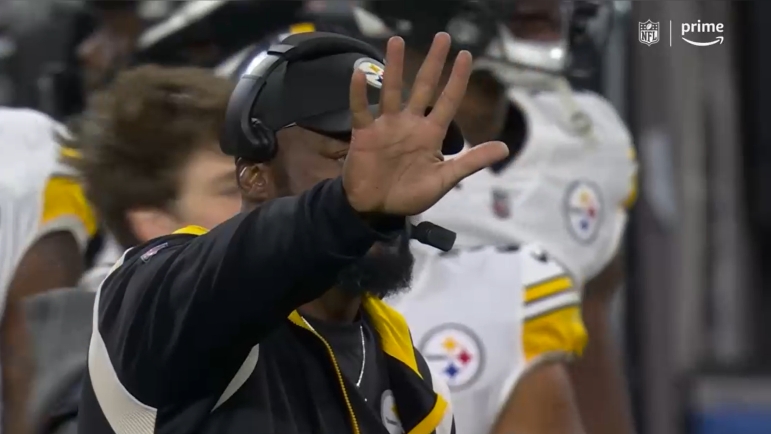 It hasn’t been pretty by any stretch of the imagination for the Pittsburgh Steelers offense through three games with just four offensive touchdowns (two rushing, two passing) on the year. The struggles have put the Steelers defense in tough situations, and has generated a ton of noise within the fanbase and the media regarding the offense and changes that can – or should — be made.

Head Coach Mike Tomlin isn’t going to “blow in the wind” regarding the offense as he said Tuesday during his weekly press conference ahead of the Week 4 matchup at Acrisure Stadium with the New York Jets. Instead, he took a different approach Tuesday and spoke positively about the much-maligned offensive unit, stating to reporters that he believes the group has gotten better in every game this season.

Though that could be head scratching for some, there is some truth to it as the Steelers’ run game has come relatively alive in the last two weeks, and the usage of tempo and attacking the middle of the field in certain instances has opened some things up for the Steelers overall. Still, it is not good enough, something Tomlin acknowledged Tuesday, according to video via the Steelers’ official YouTube page.

“There are a lot of things that we need to do better. There are a lot of things that we’d like to do better. I think the best way to sum up my evaluation of it [offense], whether it’s the collective unit or components of the unit, is that we’ve been better with every outing,” Tomlin said to reporters Tuesday, according to video via the Steelers’ YouTube page. “And so,  it’s reasonable to expect those improvements to continue. We haven’t done enough to win the last two football games, and so there’s reason for alarm as it pertains to that.

“But largely I’ve seen improvements in all areas, whether it’s individuals or whether it’s the collective. So it’s our job to tune out the noise and the remain committed to the path that we’re on and work to get better. And the effort to change the outcome of these games. I expect our guys not to blink and to continue to work. And so, I have to display that as a leader, and I intend to.”

LIVE: Coach Tomlin addresses the media ahead of our Week 4 game against the Jets. @PNCBank

Whether people want to believe what Tomlin said or not is up to them, but there has been some improvement. Again, it hasn’t been close to good enough, but some improvement is good, especially early in the season where the Steelers are still learning about each other offensively and are building towards the offense that they want to be, especially after significant offseason changes with personnel.

The run game has gotten better in recent weeks, the offensive line has been a real bright spot offensively, and receivers continue to showcase some great hands overall — for the most part.

That said, it’s still a rather clunky, sputtering engine that is powering the Steelers offense. There remains no identity, the use of tempo is far too inconsistent when it’s shown it works, and overall the three-and-outs, especially in the second half, are a death blow to the Steelers’ defense time and time again.

Improvement is good, but it’s not good enough for the 1-2 Steelers. That type of improvement to get back to the business of winning needs to happen in a hurry for the Steelers offense.