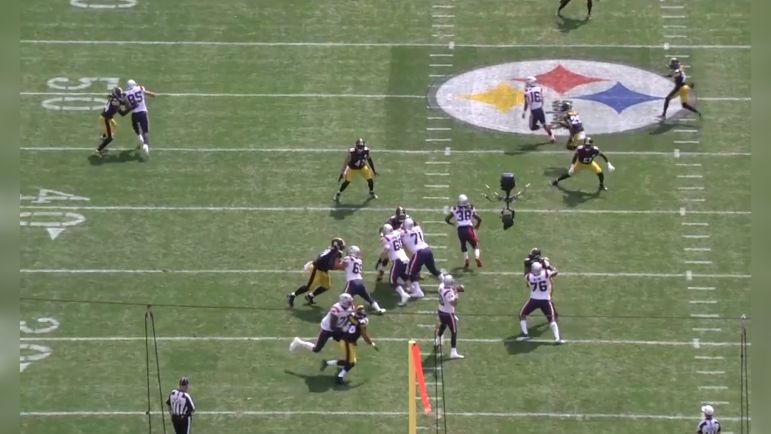 Last Sunday, Steelers fans everywhere were forced to witness exactly how the team’s starting defense would perform minus the reigning DPOY of the league, and it wasn’t pretty. For a team that’s led the league in sacks for five consecutive years, the mere fact that they not only didn’t log one single sack of Patriots quarterback Mac Jones, but didn’t seem to even come close all afternoon should be worrisome. Not only that, the team knew exactly what the Patriots plan was near the end of the game, which was pound it down their throat, and the team had no way of stopping it.

While Watt is known much more for his pass rush prowess, he’s very stout when setting the edge against the run, and earlier today, Mike Tomlin let his thoughts be known on whether Sunday’s performance was a byproduct of Watt’s absence or the Patriots’ offensive rhythm.

“Again, back to style of play, and given how things transpired a week ago, we knew that there wouldn’t be plenty of opportunities to purely rush the passer in a drop back capacity, that’s just New England’s  style of play,” Tomlin said on The Mike Tomlin Show via the Steelers Official YouTube page. “It reduced the game, it was a reduced possession game. We don’t seek comfort there.”

That doesn’t seem to bode very well with the Browns next up on the slate tomorrow night, as they feature arguably the top 1-2 combo at running back in the NFL, with Nick Chubb and Kareem Hunt. Through two games, they’ve only allowed two sacks, as journeyman QB Jacoby Brissett is more of a game manager-type, instead allowing their impressive offensive line to pave the way for the aforementioned runners.

Cleveland is coming off a heartbreaking loss in their own right, as they blew a 13-point lead in the final 1:22 in Sunday’s 31-30 loss to the bottom-feeder Jets. Last season, the Steelers swept Cleveland, sacking him a total of 13 times in two games, with Watt registering 5.5 of those. He’s the straw that stirs the drink for this defense though, and he obviously commands routine double-teams, thus freeing up other defenders. It’ll be interesting to see how Pittsburgh looks in their second game without Watt, but Tomlin deflected the question about his star defender, instead focusing on the readily healthy bodies he currently has available, and the fact that ,point blank, his defense needs to learn from their loss and stop Cleveland from putting together lengthy drives.