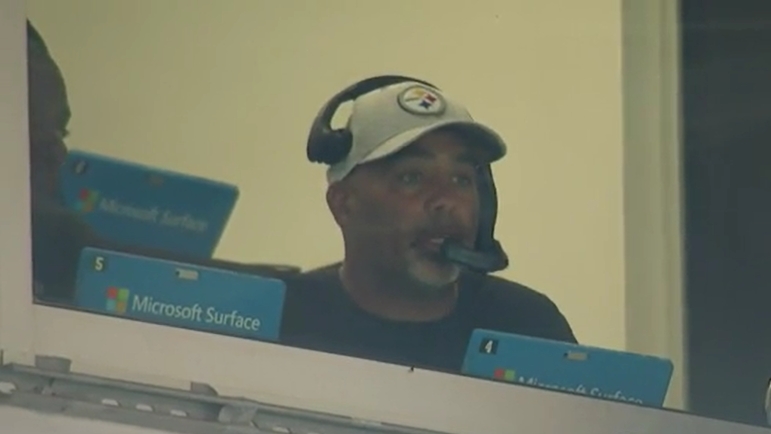 Teryl Austin won’t be the eye in the sky this season. He’ll be the man on the ground. Speaking to reporters Thursday morning, Austin said he’ll move from the booth to the sideline to coach the Pittsburgh Steelers this season, per this tweet from the PPG’s Ray Fittipaldo.

As Fittipaldo’s tweet notes, it’s been nearly a decade since Austin coached from the sideline. Since being hired by Pittsburgh in 2019, he’s served as a de facto assistant head coach on gameday to Mike Tomlin, providing information and helping collaborate on decisions like challenges. But Austin was promoted to defensive coordinator this offseason, replacing the retired Keith Butler, his role has shifted some and he’ll be next to his players on gameday.

Being upstairs versus being on the field have their pros and cons. Sitting in the booth provides a cleaner, quieter, All-22 picture of the game. But being on the sideline, as Austin said, helps him interact with players better. To look them in the eye, to talk with them face-to-face as opposed to over the phone, has a different feel to it.

While Austin is the team’s new DC, Mike Tomlin is expected to control the defense on gameday, making most if not all of the calls. As Fittipaldo’s tweet-port indicates, Brian Flores will work in the booth this year. OC Matt Canada is also likely to work upstairs as he did last year in his first full-year as Steelers’ OC.

Who Is In The Steelers’ Booth?

Austin is taking over a defense that, on paper, can turn around their 2021 struggles. They’ll have to play much better run defense after being the league’s worst a year ago while the secondary must create more splash plays, especially for a defense that should hit 50+ sacks for the sixth straight season.