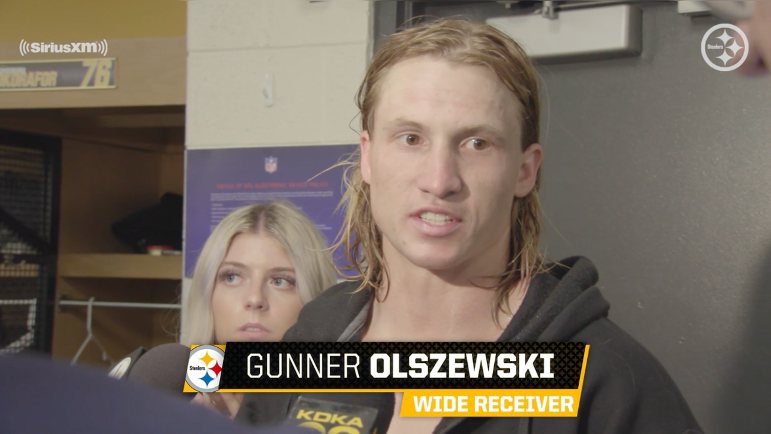 In a moment where he was trying to make a play, Olszewski cost the Steelers dearly, which led to some frustrations on the sideline and after the game for the free agent signee, who was signed away from the Patriots as a special teams ace in an effort to replace Ray-Ray McCloud.

Not only was his muffed punt frustrating, so too was the offensive output from the Steelers’ offense on Sunday at the home opener at Acrisure Stadium. Speaking with reporters following the loss, Olszewski expressed his frustration, stating that losing while trying to learn offensively makes things even worse.

Olszewski was very clearly frustrated with his performance Sunday, which is understandable considering how game-changing the muffed punt was. Of course, who knows how the game turns out for the black and gold if Sutton is able to hold onto that interception on the ill-advised throw from Sutton, taking away any opportunity for Olszewski to muff the punt.

But, it’s a game of inches and small outcome-changing bounces of the football, and it played out that way Sunday.

Hopefully Olszewski is able to put the game and his individual performance behind him quickly with just four days between now and the Week 3 matchup against the Cleveland Browns on Thursday night on Amazon Prime.