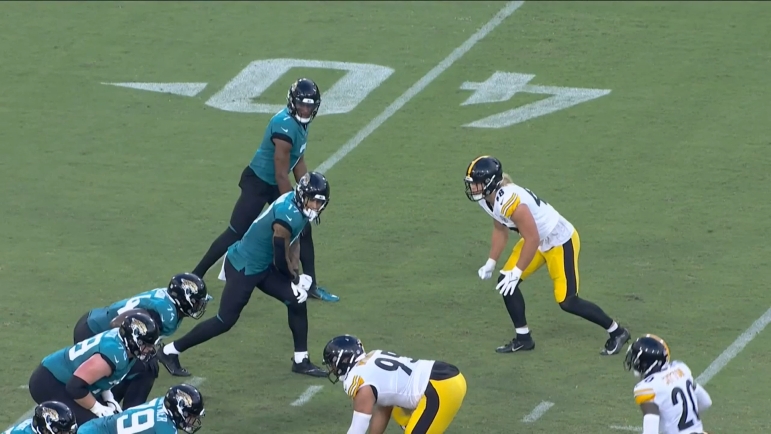 Reasoning: The Steelers decided to waive third-year outside linebacker Derrek Tuszka on Thursday in order to make room on the 53-man roster for a player at the same position, whom they waived to make room for Tuszka last year, Jamir Jones. As with Jones last year, Tuszka was claimed off waivers, thus officially ending his time with the Steelers, for now.

I decided to wait on writing about Tuszka in order to see what happens. Either he was going to get claimed, he was going to be re-signed to the practice squad, or he was just going to remain unsigned for the time being. I really wasn’t sure which.

As it turned out, Tuszka was claimed off waivers by Steelers South the Tennessee Titans, which for all intents and purposes concludes his tenure with the Steelers. I would suspect that they hoped to re-sign him to the practice squad if he did clear waivers, but they were willing to expose him all the same.

A former college free agent, he originally signed with the Denver Broncos, where he made the 53-man roster as a rookie in 2020 and carved out a niche on special teams. When he failed to make the roster the following year, the Steelers signed him to their practice squad. Injuries at the position prompted them to elevate him for the second game of the 2021 season, after which they promoted him to the 53-man roster and waived Jones.

Tuszka continued to be a fixture on special teams, but he also saw opportunities defensively. Indeed, his role increased significantly after the team traded Melvin Ingram, taking snaps even ahead of Taco Charlton, a more experienced, more pedigreed reserve edge rusher they added in-season.

There were certainly times this offseason where it seemed as though Pittsburgh was poised to carry him as the top reserve edge rusher, but a late trade to acquire Malik Reed and now the move to claim Jones off waivers and bring him back has seen them completely remake the depth the position in a hurry, of which he is no longer a part.