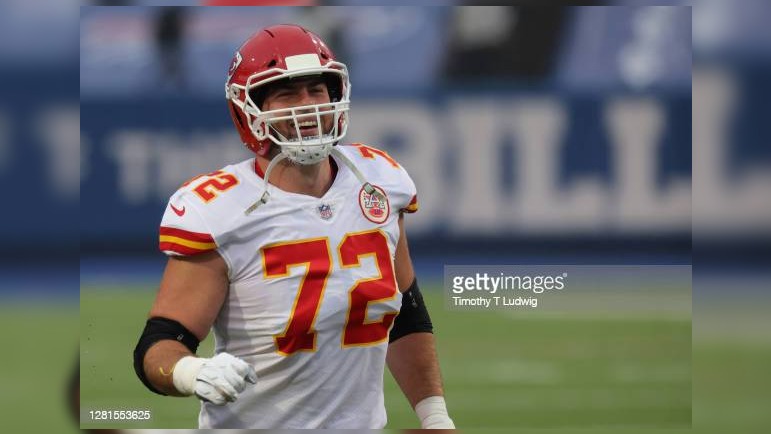 If you tuned in to watch the Pittsburgh Steelers play against the Jacksonville Jaguars Saturday night, you likely experienced the disaster that was the Steelers’ OL. The blocking up front was dreadful from start to finish for Pittsburgh as the unit looked completely overwhelmed both in pass protection as well as in the running game. The line struggled to communicate twists and stunts up front and couldn’t keep the pass rush from getting into the pocket and harassing Mitch Trubisky, Kenny Pickett, and Mason Rudolph.

Many have made their cries known on Twitter, pleading Pittsburgh to address the OL by any means necessary prior to the starting of the 2022 regular season. One name that has often been brought up and that was floated around this offseason as a potential fit for Pittsburgh is OT Eric Fisher. Many analysts and other entities have suggested Fisher as a possibility to help shore up the offensive line given his status as the former #1 overall pick in the 2013 NFL Draft and a two-time Pro Bowler who played in Kansas City for eight seasons before tearing his Achilles in 2020. Fisher then signed with the Indianapolis Colts for the 2021 season, playing and starting in 15 games.

Still, while it can be easy to associate any name with a team that has a glaring need at that position, context is needed. The Colts decided to not bring back Fisher after the 2021 season since he dealt with a slow ramp-up period coming off the torn Achilles injury, and dealt with knee and pec injuries down the stretch, which was mentioned by Colts GM Chris Ballard at the NFL Combine. However, Ballard did note that Fisher had a seven-game stretch during the season where he played vintage Eric Fisher football back to his Kansas City days, as evidenced by his pass block win rate of at least 87% in each of his past four seasons.

Asked about both the offensive and defensive lines, Colts GM Chris Ballard explains LT Eric Fisher, in addition to coming off the Achilles injury, battled both pec and knee injuries at the end of the season.#Colts #NFLCombine pic.twitter.com/sSy03TYc7X

Chris Ballard gambled at LT, betting Eric Fisher’s ceiling would outweigh any games missed due to his Achilles.

Fisher returned early but gave up 9 sacks, fifth-most in NFL, as Leno shined.

Ballard has to find a better answer.https://t.co/bwSjZegbss

Some grace can be extended to Fisher, who didn’t play healthy the entire season coming off a dreadful injury. Should he be back to his pre-Achilles self, the numbers look a lot better as he posted an 80.0 PFF grade on 1,049 snaps with three sacks allowed in 2020. On the other hand, Fisher remains unsigned with the regular season weeks away, calling into question whether he is yet healthy after sustaining separate knee and pec injuries last season. Should he have been cleared, one would imagine that another team would have signed him by now.

On top of the injury concerns, Fisher is currently 31 years old and may command a significant amount of change on a one-year deal, like the one-year pact worth $8.38 million that the Colts signed him to last offseason. Despite how dreadful Dan Moore Jr. played on Saturday night, he is only 23 years old and has room to grow, albeit likely not to starting caliber. When you combine the injury concerns along with the age, cost, and chance to take away development of a guy they already have in-house, it’s unlikely that Pittsburgh will pick up the phone to dial Fisher’s agent about a potential deal to come in as a stopgap option to help this underperforming offensive line.

What are your thoughts on Eric Fisher? Do you think that Pittsburgh should pick up the phone to inquire about him, or that the issues he is dealing with will make the team steer clear of him? Do you think the team will try and add someone from the outside to help their current unit? Please leave your thoughts in the comments section below and thanks again for reading!