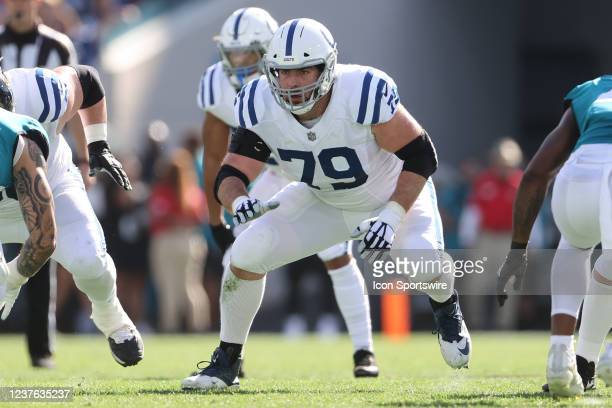 One day after abruptly losing standout defensive end Stephon Tuitt to retirement creating a sizable hole on the defensive line for the 2022 season and beyond, all the attention nationally from pundits regarding the Pittsburgh Steelers continues to focus on the offensive line, specifically left tackle.

Though second-year pro Dan Moore Jr. appears to be entrenched at the position moving forward for the black and gold, especially after playing relatively well down the stretch in his rookie season, ESPN analyst and former NFL defensive back Matt Bowen continues to believe that the Steelers should take a run at veteran defensive tackle Eric Fisher.

Previously, ESPN’s Bill Barnwell and Pro Football Focus’s Sam Monson stated that they believed Fisher would be an ideal fit for the Steelers. Now, Bowen is jumping into the fold.

Currently, Fisher is the No. 9 available free agent, according to ESPN’s top 10 rankings.

“Fisher didn’t play his best football for the Colts last season after coming back from an Achilles injury suffered during the 2020 playoffs while with the Chiefs. But if we are looking at this as a depth/competition move, Pittsburgh could be in the mix here as a possible landing spot for Fisher,” Bowen writes. “The Steelers have to continue to upgrade their offense line after already signing center Mason Cole and guard James Daniels in free agency. I like the idea of adding the 31-year-old Fisher to push second-year left tackle Dan Moore in camp, as the Steelers will show the full playbook of Matt Canada’s offensive system with a new starting quarterback in either Mitch Trubisky or rookie Kenny Pickett. Fisher has posted a pass block win rate of at least 87% in each of his past four seasons.”

Fisher, the former No. 1 overall pick in the 2013 NFL Draft by the Kansas City Chiefs, spent eight seasons with the Chiefs as their starting left tackle before tearing his Achilles in the 2020 AFC Championship Game against the Buffalo Bills. Shortly thereafter, the Chiefs cut him in a cap crunch, leading to Fisher signing with the Indianapolis Colts last summer on a one-year contract as he worked back from the injury.

Once cleared, Fisher really struggled in pass protection with the Colts, posting the second-worst grade of his career from PFF in his return to the field. Those struggles ultimately led to the Colts letting him walk in free agency this offseason, resulting in his remaining on the market post-draft.

Of course, that pass block win rate of at least 87% in each of his last four seasons is a sparkling anecdote to add to the story from Bowen, but that doesn’t quite line up with the tape overall on Fisher, who is getting progressively worse as his body betrays him.

The Steelers very clearly believe in Moore Jr., having not significantly addressed offensive tackle in the draft or free agency overall. Pittsburgh also likes Joe Haeg as the veteran swing tackle for the time being, and did add veteran Trent Scott in the offseason to reunite him with new offensive line coach Pat Meyer.

Fisher might be an intriguing fit on paper for the Steelers from an outside perspective, but it’s simply not going to happen.